After spending four days in Edinburgh, Jennifer and I flew together to London to explore the city for another three short days before the end of my Spring Break. Three days wasn’t enough to do everything I wanted to do in London, but it gave me the chance to experience the city and an English city atmosphere firsthand. 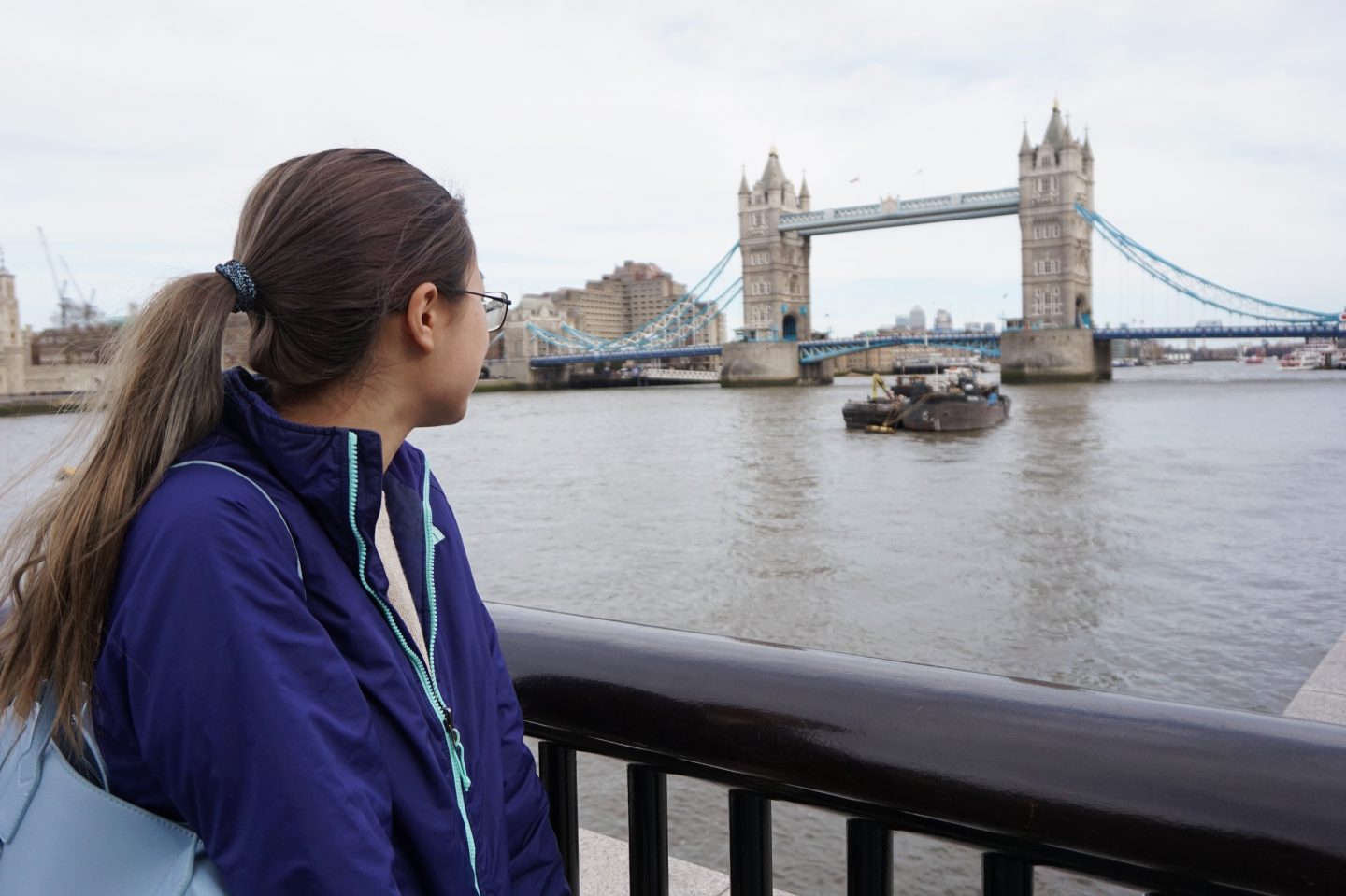 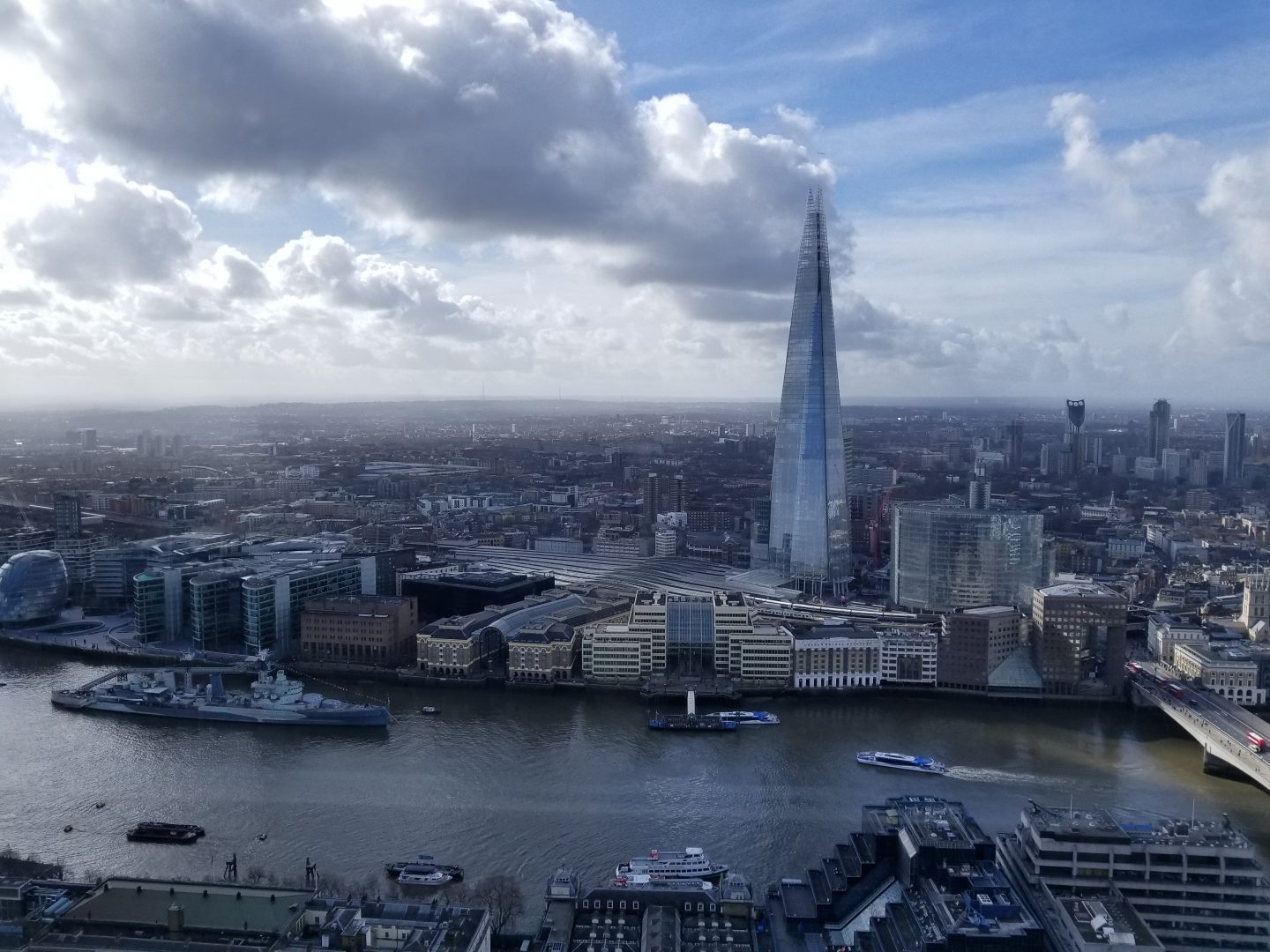 London wasn’t too much of a surprise for me – maybe it’s due to the fact that London is often shown on TV shows and has a certain elaborate(?) architectural and historical feel. The city also reminded me a bit of Hong Kong, perhaps due to Hong Kong’s colonial past. For example, Hong Kong transit maps are designed in the same artistic style as London, and the pedestrian flow inside tube stations are really similar in layout as well. Of course, London’s underground system looks more worn and old compared to Hong Kong’s MTR when the trains’ interior lights flash on and off while in operation and platforms not having glass dividers to prevent accidents.

Aside from public transit, I was actually surprised at the amount of pollution in the air. After just a half day of being out and about, my nose felt clogged. I knew that pollution is a side effect of urban areas for the most part, but I never thought that London would be heavily polluted. Maybe I’m just spoiled in Minnesota since the Twin Cities are smaller urban areas with plenty of nature around. 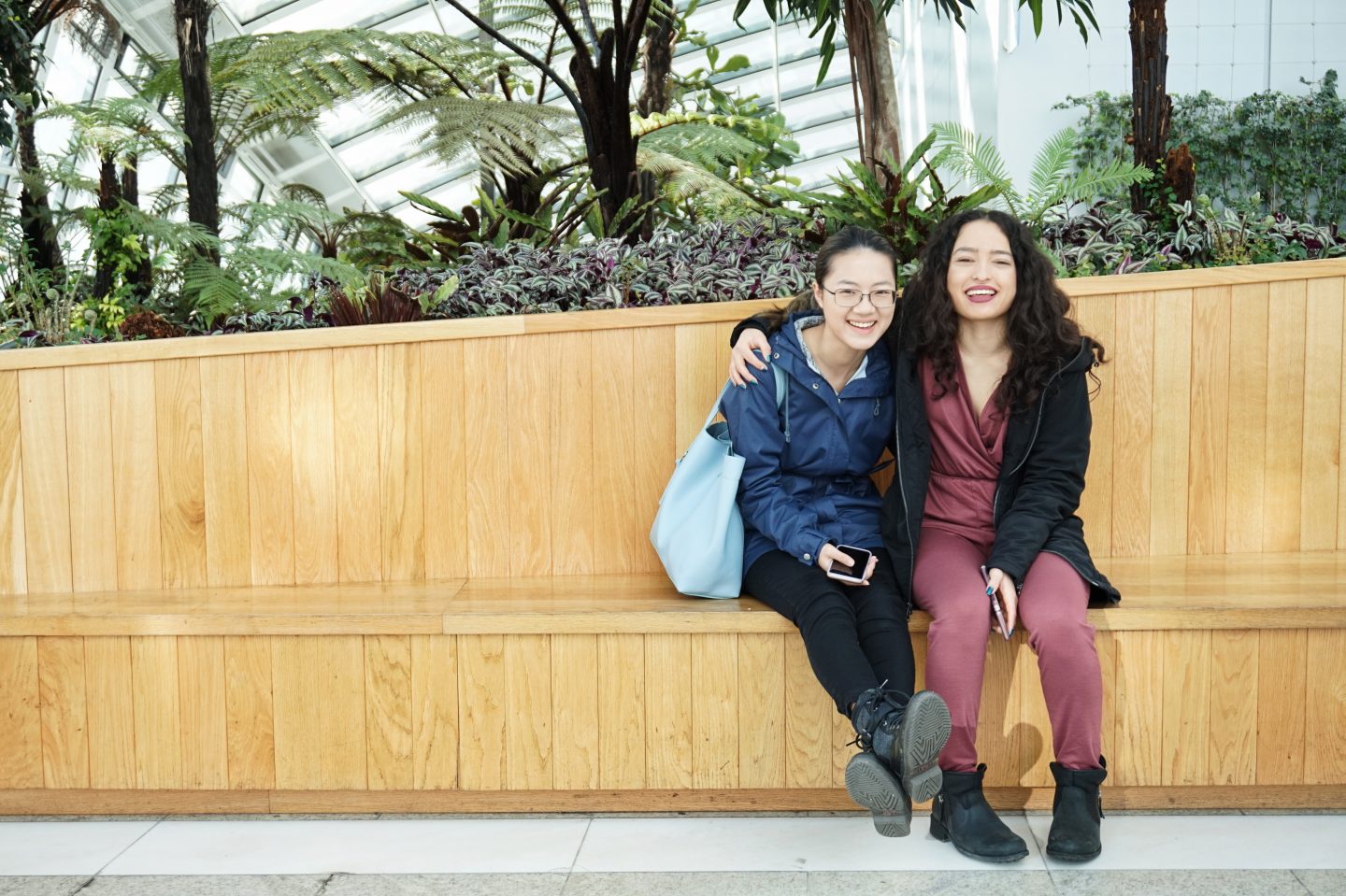 Trying to keep expenses to a minimum was a huge struggle since living expenses were super high. However, we did do some touristy things like visiting the Picadilly Circus area that’s filled with tons of brand name shops and large crowds. We also took advantage of free activities and visited the British Museum. The museum is located in the Camden area which is a super cute and picturesque neighborhood. In terms of the exhibits themselves, I find it weird to see artifacts from other continents on display; it felt a bit like an anachronism but with geographic location instead of time. It was definitely awkward standing in a great hall filled with Chinese history reading placards that were written by the British instead of the Chinese. 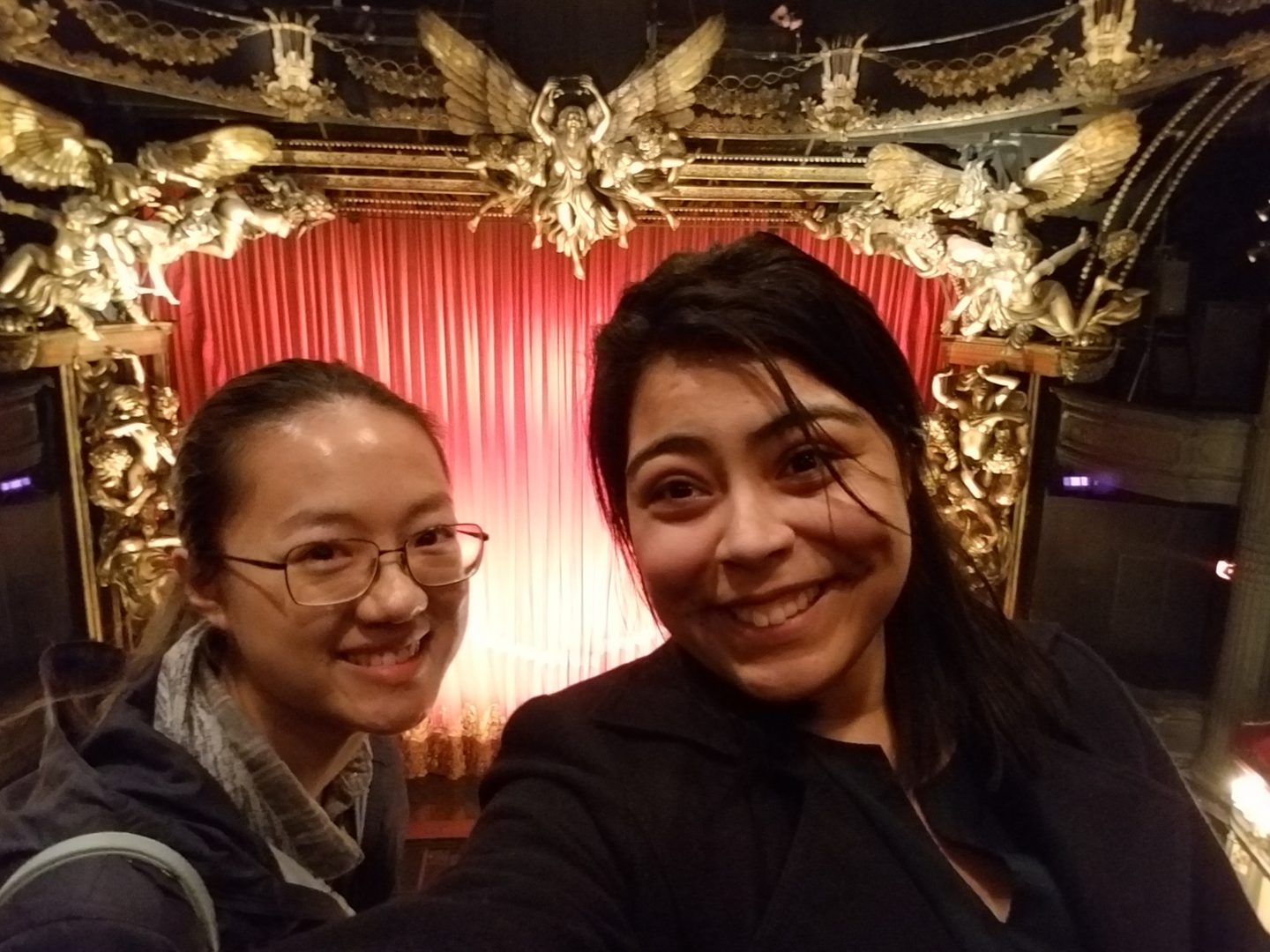 The one activity that we did splurge on was a musical. Since I wasn’t going to be with Jennifer on her 21st birthday in May, I decided to get both of us tickets to see the Phantom of the Opera at Her Majesty’s Theatre near London’s Chinatown area. The theater was a reasonable size, and I believe that there was no “bad seat” in the house. The musical took a while for me to immerse myself in the story plot, but I personally LOVE the soundtrack (I tend to know soundtrack of musicals before knowing their plots). I would much rather spend money on experiences over material things, and this activity is one of those experiences that I feel was worth the money. 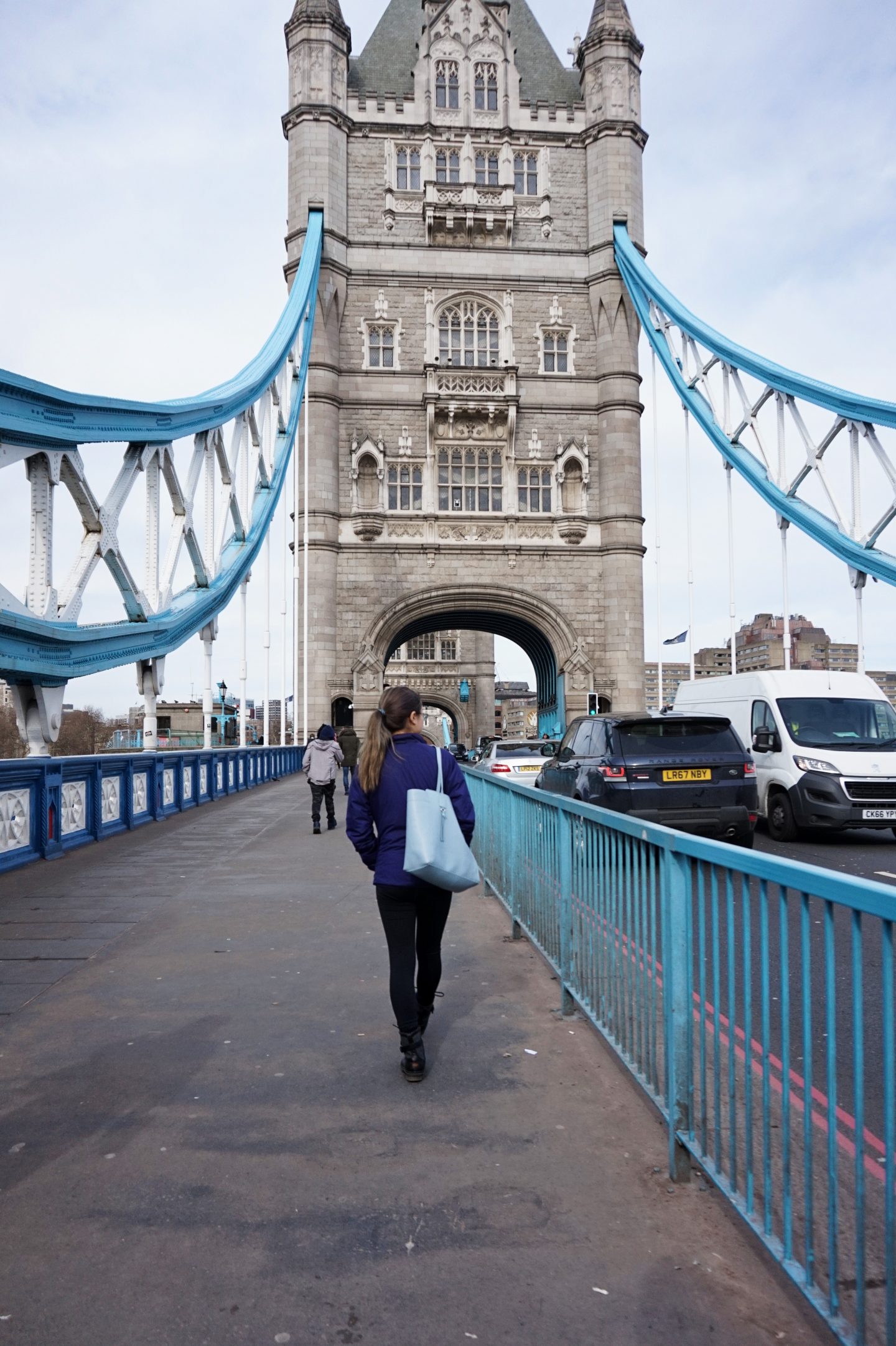 For the duration of our stay, Jennifer and I stayed at the Wombats City Hostel which is about a 10-minute walk to the Tower Bridge and a 30-minute stroll to the Borough Market. Wombats had super great reviews on HostelWorld and a more removed location from the noise so we opted for this hostel. *not sponsored* The dorms had lots of space(we stayed in a 6-bed female dorm) and each guest had a locker that can be locked with the room keycard! Heading in, we knew that hostels usually equal loud noises when roommates check out in the early mornings. Surprisingly, we were so worn out each night (in addition to my jet lag) that we would sleep peacefully for nearly 9-10 hours straight.

Besides meeting up with my high school friend, Adrienne, in Edinburgh for a few days, Jennifer and I met up with another Macalester friend, Bianca, who is also in the same Bonner program as we are. One of our favorite places that we visited was the Sky Garden, which is a public garden located at the top of an office building. The natural light flowing into the garden makes the location great for photos! We had fun taking silly photos and nicer photos for new profile pictures (hahaha). 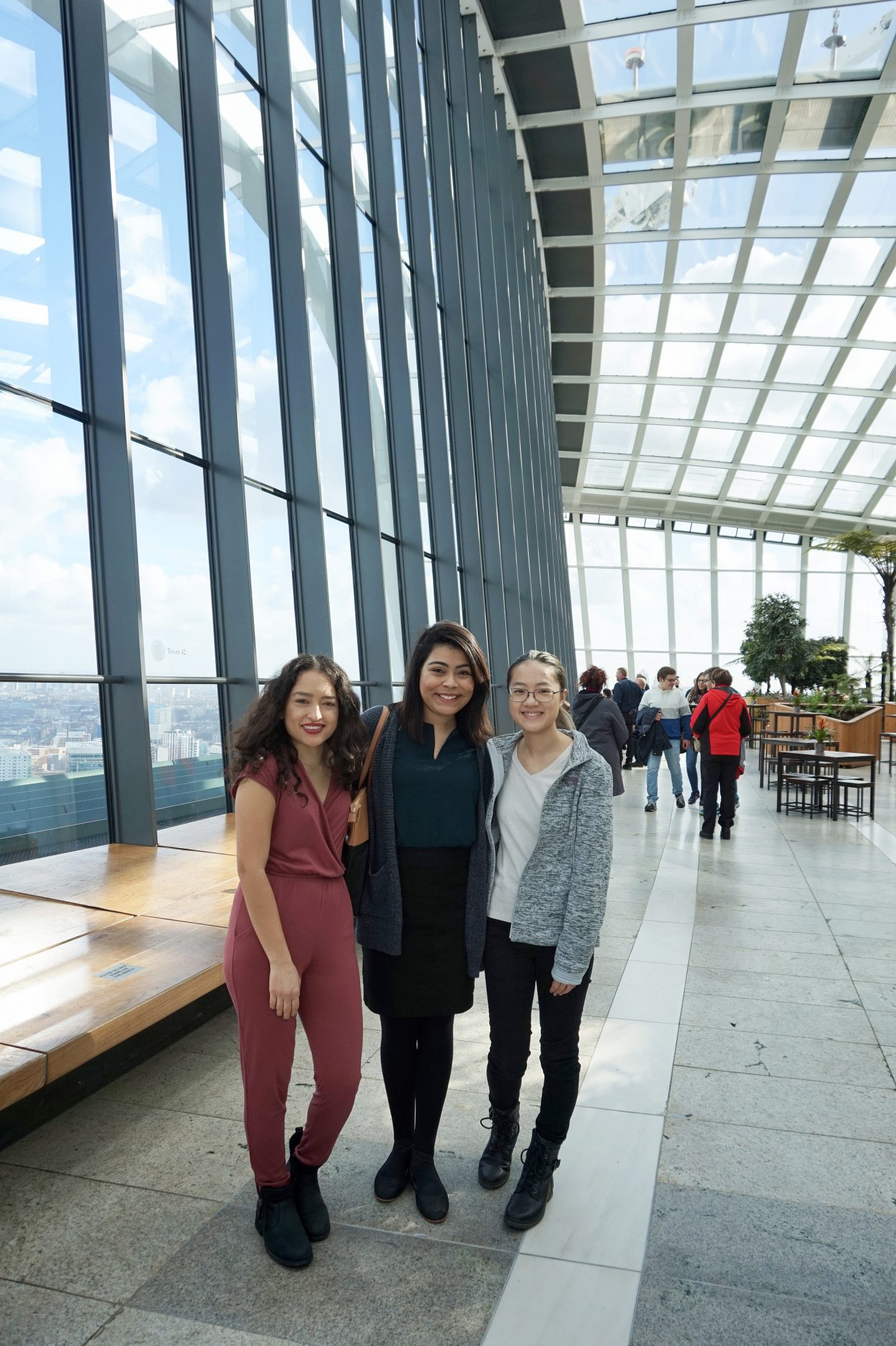 For dinner, we ate at a small pie shop called Pie & Mash. At first, I thought it would be a touristy restaurant since it’s in the middle of Picadilly Circus. Then, we walked into the restaurant and was greeted by the jolliest man running the place. The atmosphere was super casual and laid back. Plus, the pie and mash brought me back to my Hong Kong childhood. Oddly, there are some British foods that I miss, and pies were one of them (British baked beans being another). We had such great conversation between the three of us. It was nice for all of us to catch up, especially because I haven’t seen Bianca since the previous academic year! 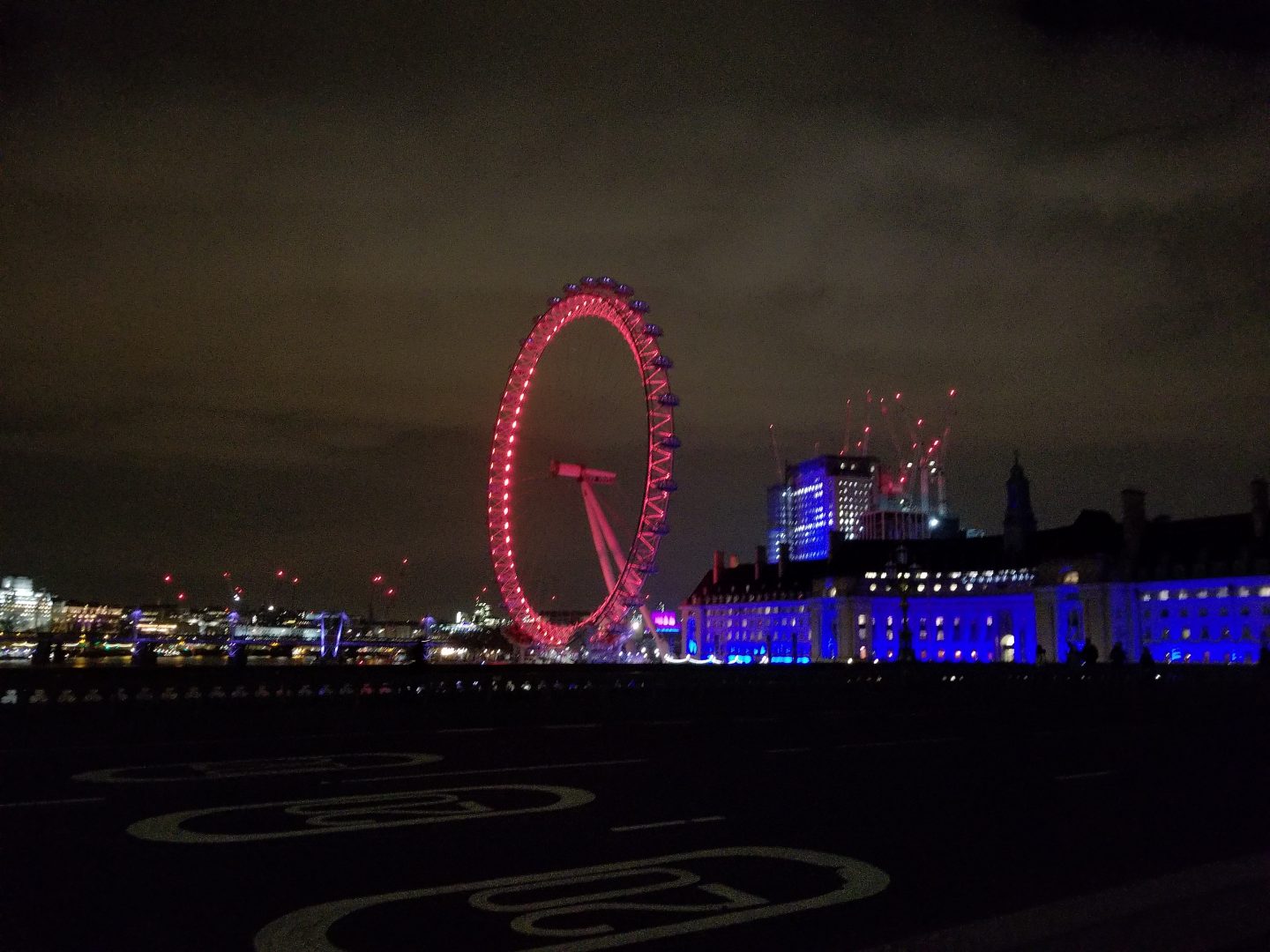 We strolled around the London Eye late into the night. Sadly, Big Ben was (and still is) under construction, so we weren’t able to see it.

One of my favorite traditions to do while traveling is writing postcards. They are an inexpensive way to personalize gifts, and it’s always nice to receive happy mail. I wrote to family, friends from Korea, college friends, and high school friends. It’s a nice way for me to stay in touch with others, and I hope it’s a pleasant surprise for them as well.

Every time someone asks me about places in London, I always mention one specific place. I absolutely fell in love with the three-story Fortnum & Mason store. In essence, Fortnum & Mason is known for their teas since its establishment in 1707 (older than the US!). The interior felt elegant, and I got a slight Tiffany & Co. vibe from the shop. I ended up buying tins of biscuits for souvenirs for family. I bought a tin of their Akbar ground coffee and smokey Earl Grey tea, which I highly recommend to everyone 🙂

Unfortunately, time passes fast when you’re having fun and all good things must come to an end. I actually had a “mega-quiz” on the Monday immediately after Spring Break for my Postcolonial Theory class, so I studied on the flight back to the Twin Cities from London. I was jet-lagged when classes resumed but I managed to attend all of my classes and take the mega-quiz (spoiler- I did well). 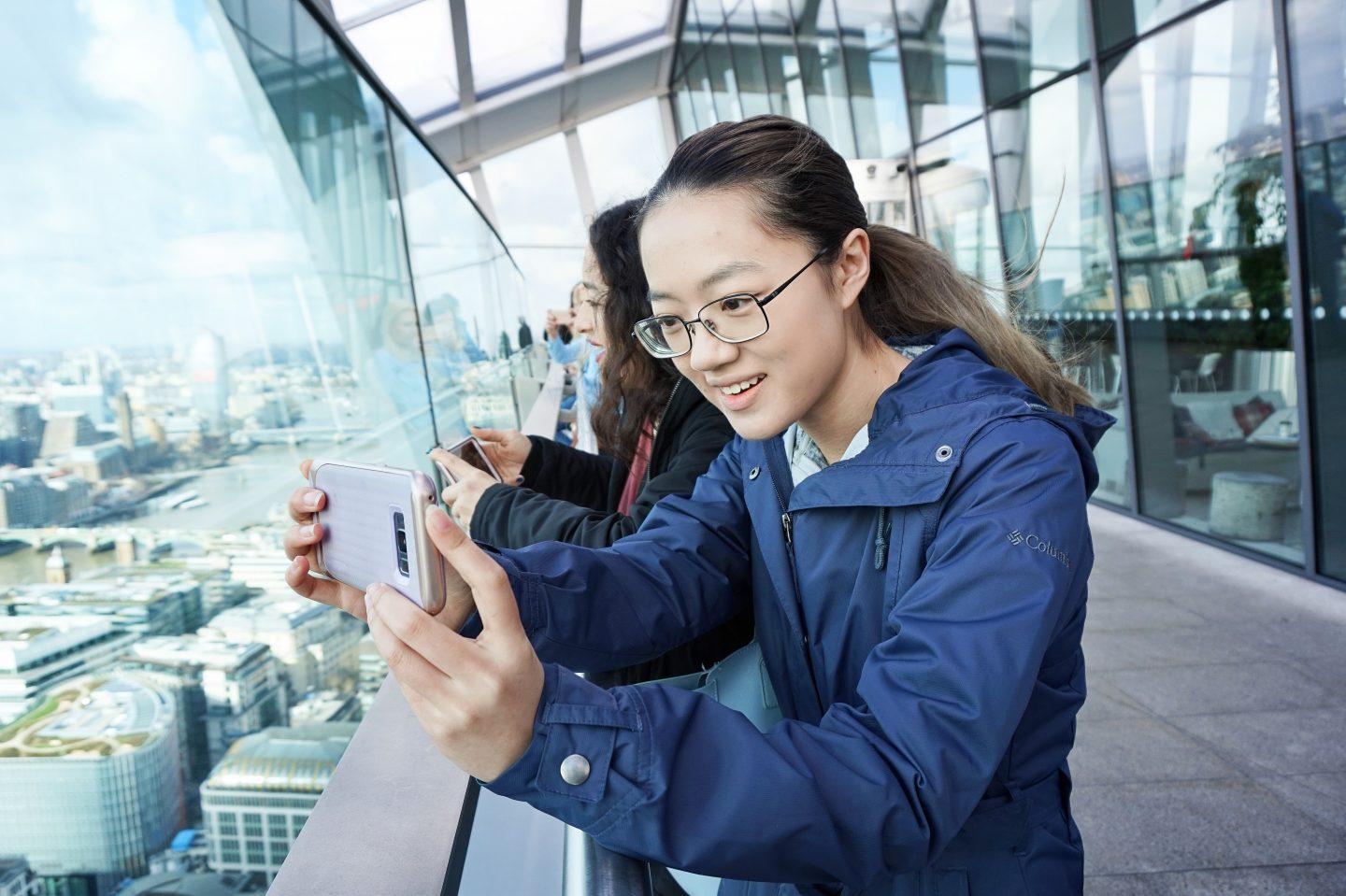 Taking photos of the London skyline from Sky Garden