As someone who has moved between over seven schools during her K-12 career, I will say that I am lucky enough to adapt quickly to new environments and am flexible enough to play things by ear. However, for other potential students looking to study abroad or want to figure out how to adjust to a new environment, I am dedicating this blog post to write about how I maintain my personality and sanity while making the most of the experience in an entirely different country. 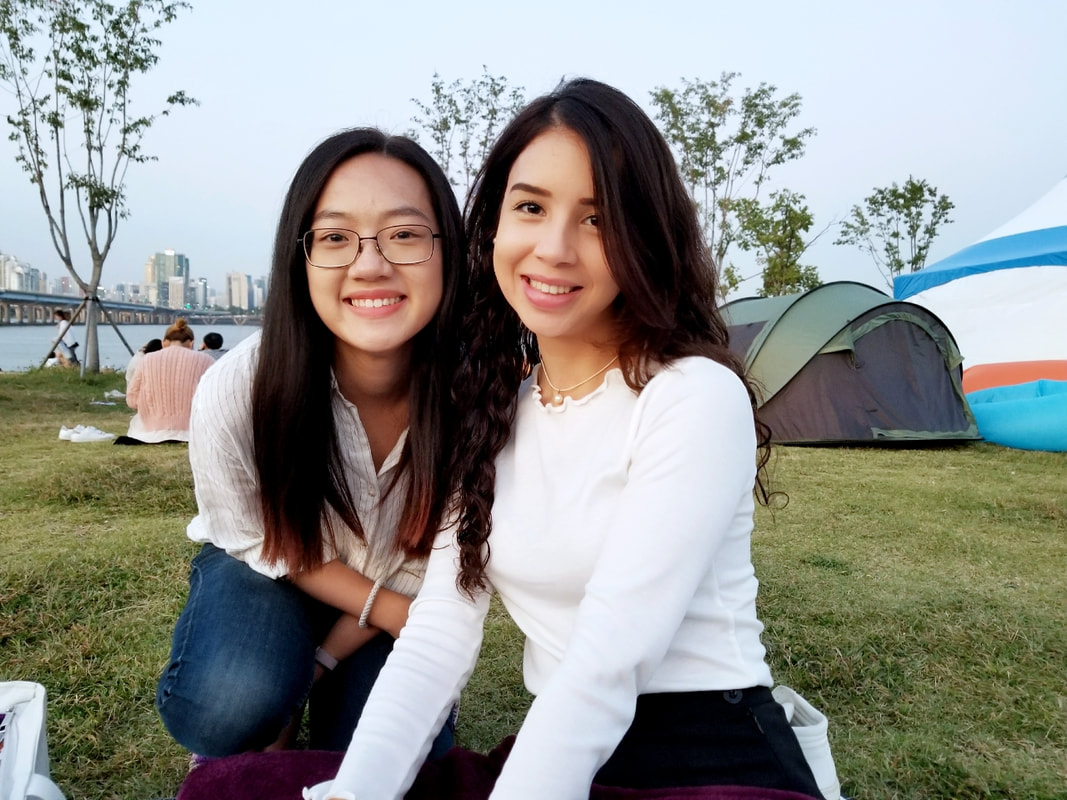 Roommates and Gilman scholars! I truly enjoy getting close to Darlene and learning about her Puerto Rican heritage and culture 🙂 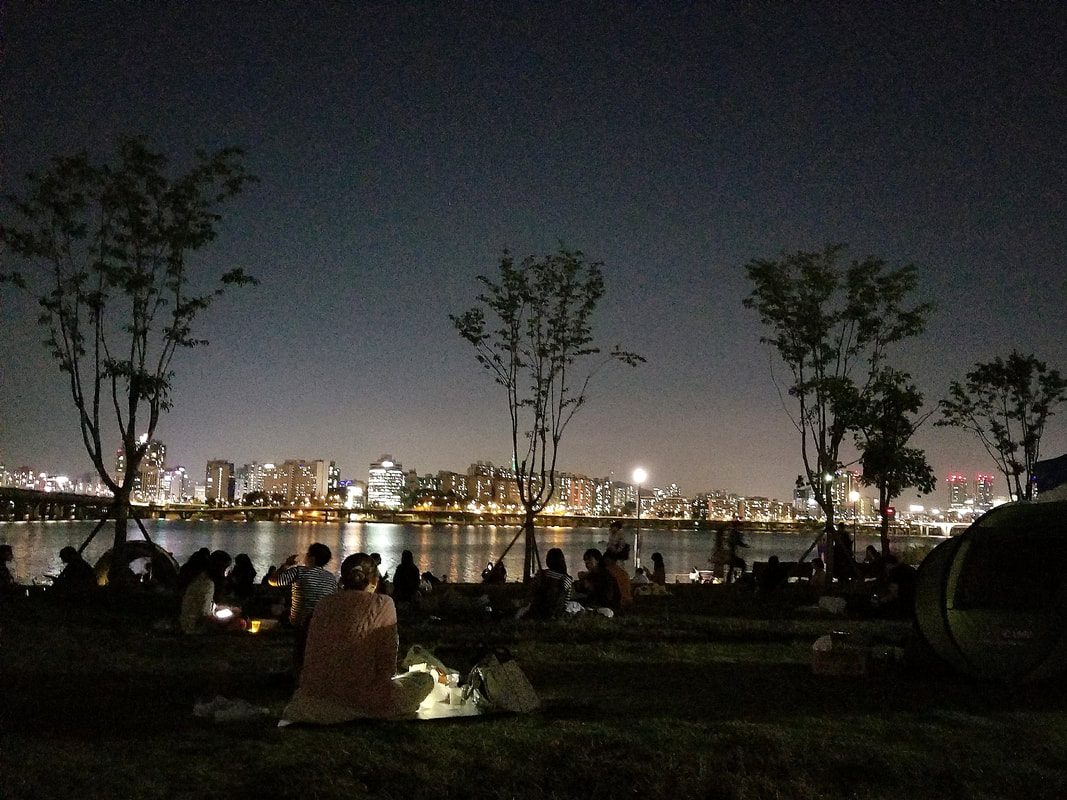 Yeoinaru Han River Park at night. We went on a Friday night because Saturday nights are the most crowded! 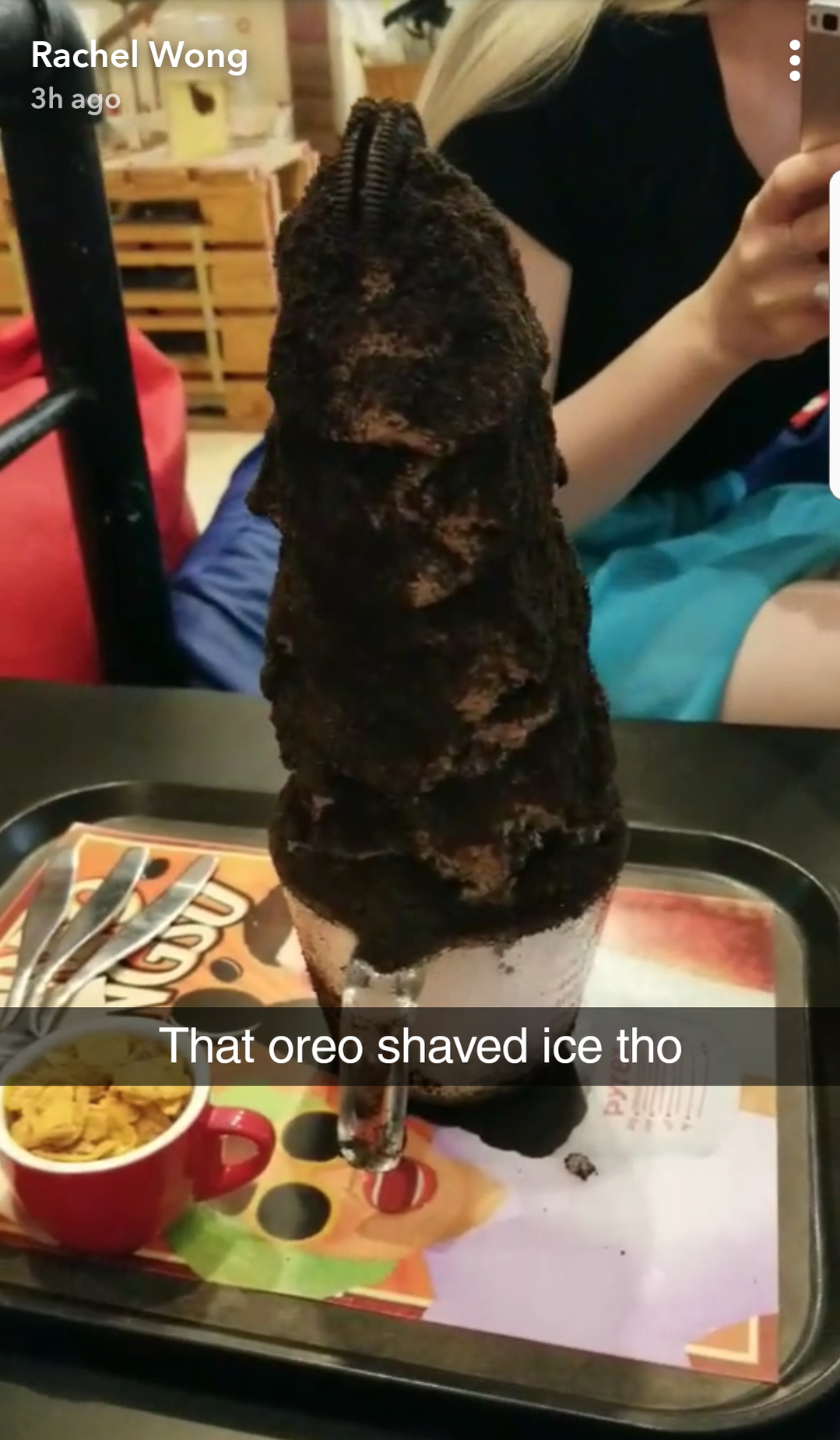 I wanted to try the Pop.Container cafe because some YouTubers went there, and I totally forgot about the 13,000won Oreo shaved ice (bingsu) that it’s famous for.

Be Outgoing (even if you have to fake it)

My personality lies somewhere between an extroverted introvert and an introverted extrovert, so it’s still really energy draining for me to constantly socialize. My rule of thumb is to try to say yes to most outing the first week of being in a new environment. You will get the chance to interact with different people and different friend groups to figure out who you click with and who you don’t. By the end of week one, you will probably have an idea of who you will be close to. Note that everyone has their limits; if you said yes to 5 events/hang outs this week, it’s okay to say no. Know your limits and leave some time for yourself.

Shy? Prep your conversations beforehand! Think about your interests, hometown, academic interests, and other topics to talk about. For example, I intentionally changed my phone’s lock screen to my photo with Eric Nam as a way for others to start a conversation with me. 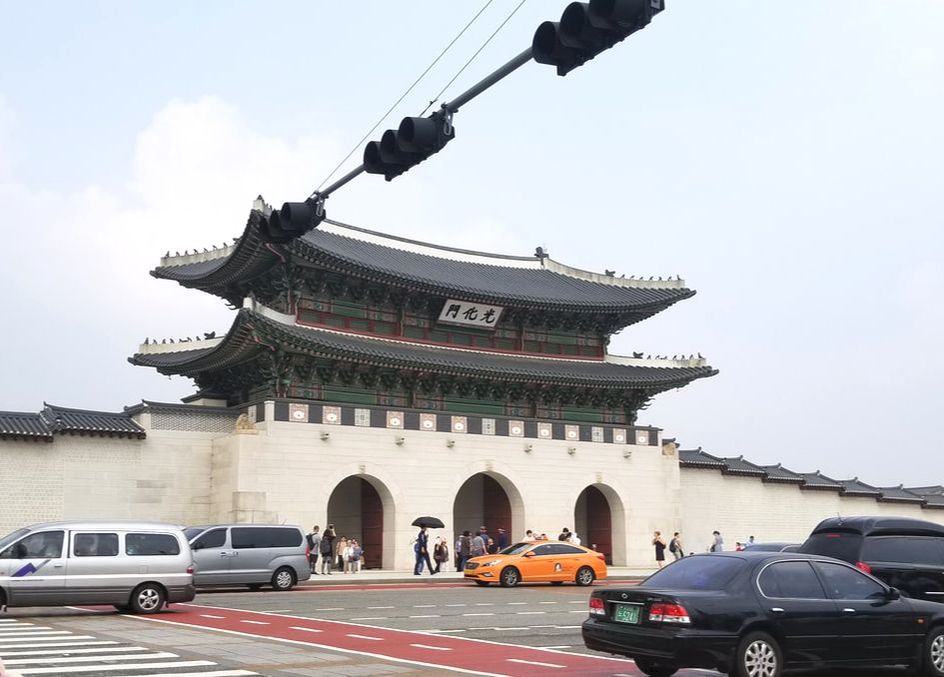 Gwanghwamun outside of the Gyungbokgung 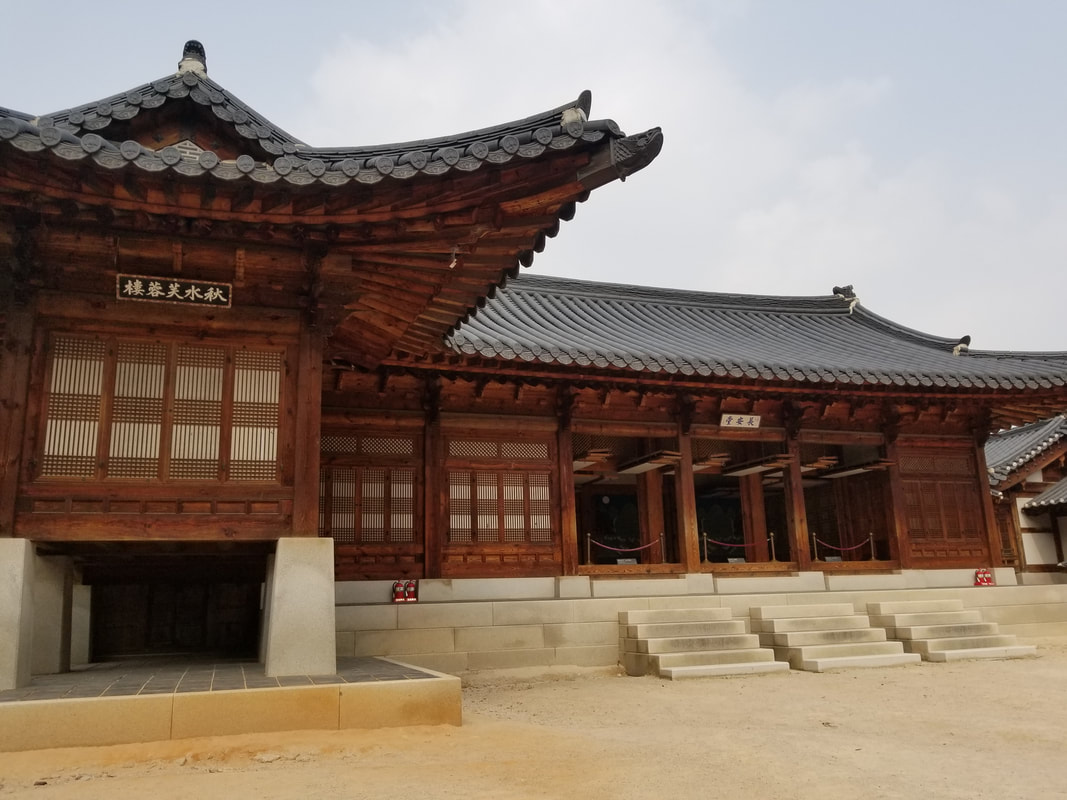 A separate residence for a queen inside the Gyungbokgung 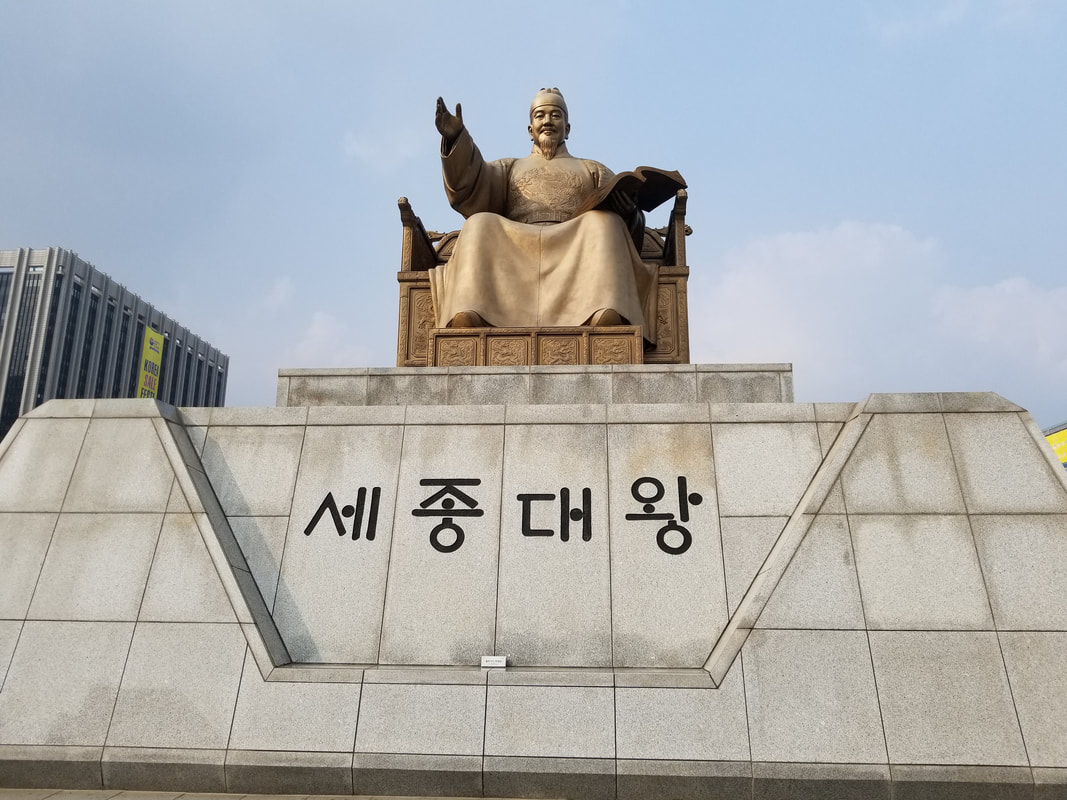 The infamous statue of King Sejong, the man who invented the Hangeul writing system for Korean.

Bring something that reminds you of home

Think dorm decorations. Some people bring photos of their friends and family to hang up. The best things are small items that can be easier packed and taken anywhere. For me, I have a small light-up owl that I always put on top of my desk. The gift was from an aunt who bought it from Hokkaido, and the item itself now reminds me of my family.

Just because you’re not at home or living in a dorm at your home university doesn’t mean that you should throw your routine out the window. Retaining a bit of familiarity by continuing routines help with adjustment a lot. I look forward to having a bit of me time and catching up on YouTube videos every night. I also try to organize my desk at Ewha the same way I organize my desk at home and at Macalester.

(left) The Korea Artist Prize 2017 exhibition at the National Museum of Modern and Contemporary Art Seoul. 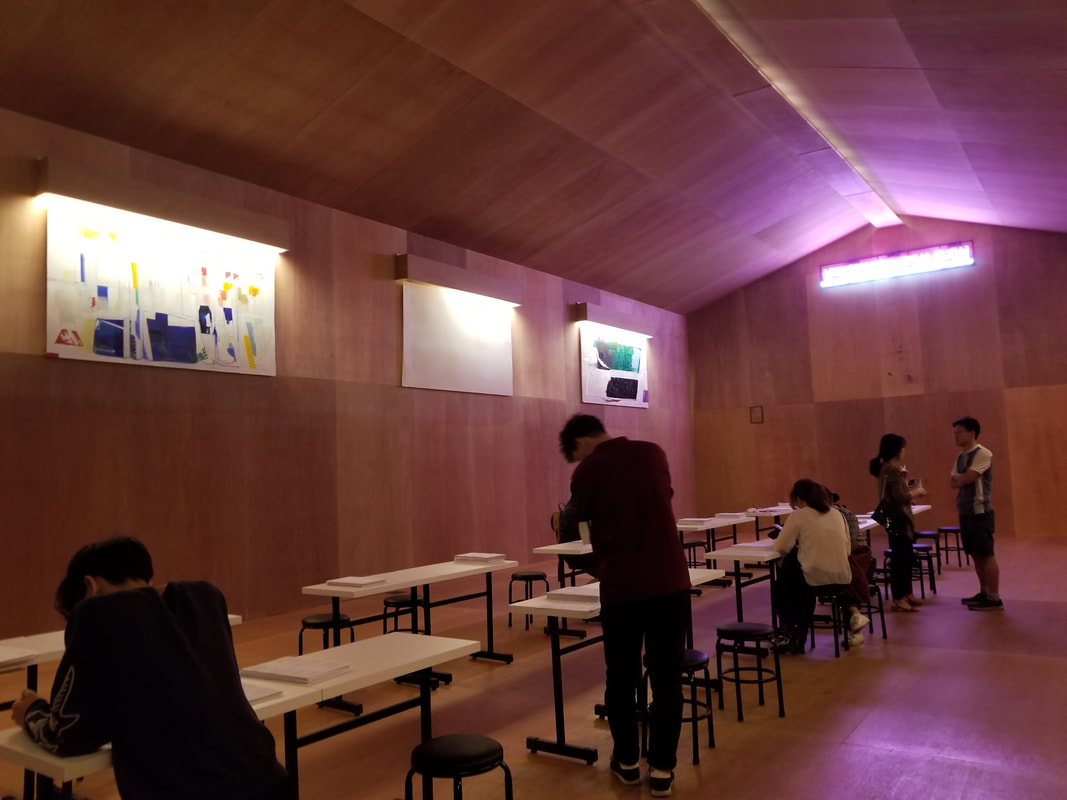 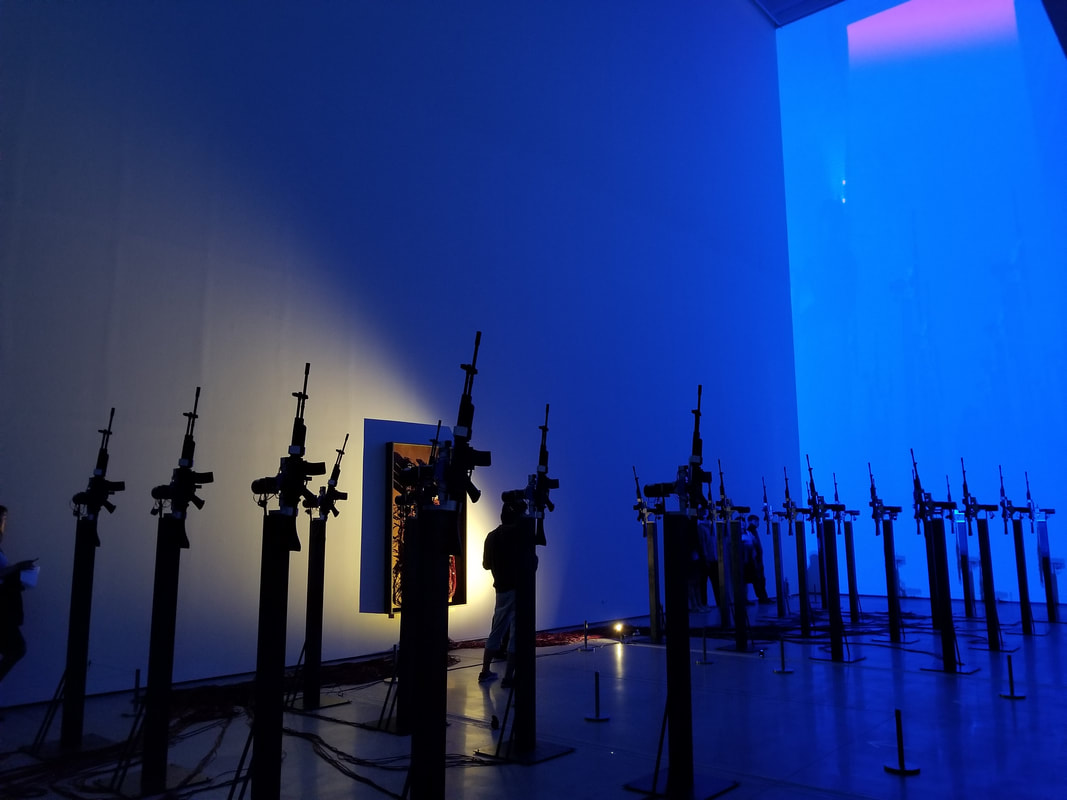 In essence, I would sum up my philosophy of adjusting to a new environment by being out of the comfort zone for the first week to experience everything and to befriend new people. However, an individual should also always recognize her personal limits and adjust her attitude and behavior accordingly. There is no right or wrong way to assimilate into a new environment, but I hope my views and tips gave you some ideas or a new perspective when in new surroundings. 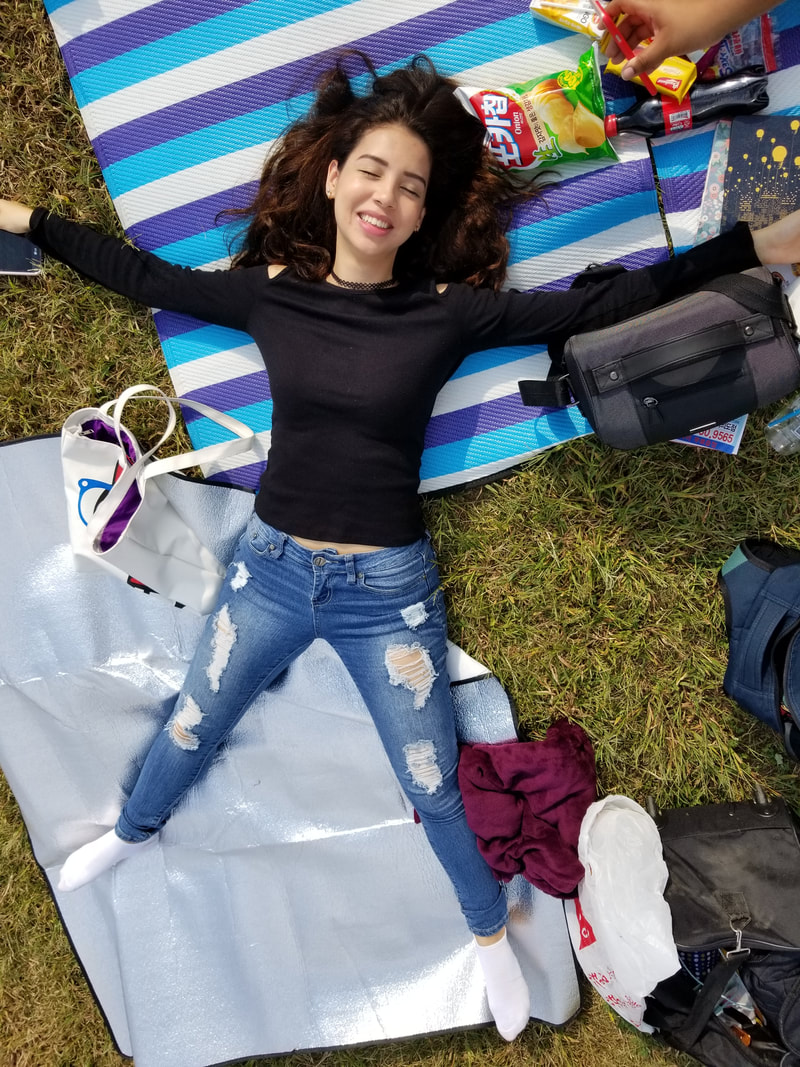 My group of friends actually returned to the Han River for the 2017 Hanwha Fireworks Festival the following Saturday. Chuseok (Korean thanksgiving holiday) was days after, but it seemed like the ENTIRE population of Seoul was there (according to the website, roughly 1 million people go each year- ONE MILLION!). My friends and I had a great time spending the entire day there although I really don’t ever want to experience leaving the venue with tens of thousands of people all at the same time with literally no personal space whatsoever again.