Monday was a big day. The Faces of Mac seminar, which took place in the afternoon, was by far the best activity during the entire new student orientation. Upperclassmen from every single demographic that you can imagine told their stories. They talked about the struggles they faced as a Mac student and the struggles they face as a person of their particular demographic. Every story was told with such raw emotion that it was hard for my eyes not to water because I was feeling every emotion behind their every word. It was as powerful as the presentation that the 72 Orientation Leaders did during the official student welcoming on the 1st day of Orientation. OLs walked onto the stage alone, in pairs, or threes to say 1 powerful sentence about themselves. About 50 sentences later, I can already relate to at least 5 of them personally. The presentation not only let me know that it’s okay to feel down and even depressed occasionally, it showed me that it’s normal to feel all sorts of different emotions throughout my 4 years at Mac, and that I am not alone. 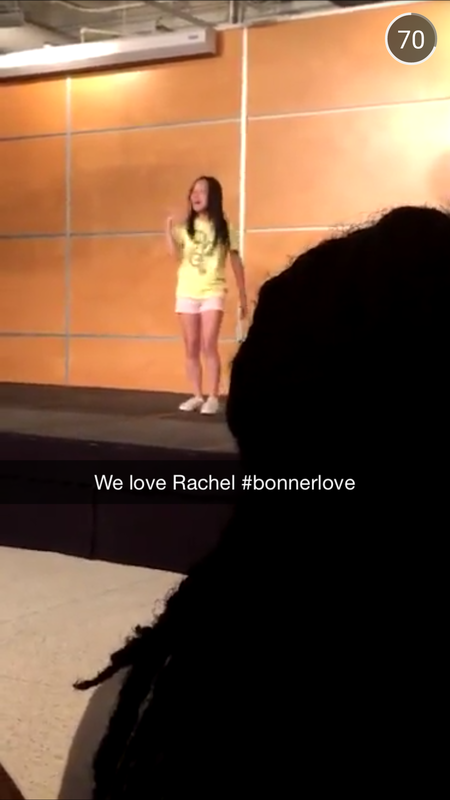 From the screenshot above of a friend’s snapchat, you can probably guess what I will write next. Monday night was especially nerve-wracking for me because it was the Class of 2019 Talent Show!  Of course, I did a mashup of a bunch of different Kpop dances, but it was my first time dancing alone onstage! Being 2nd to last on the setlist definitely made me more nervous, but I thought I did well overall. Here’s another screenshot of my performance on another friend’s snapchat. I will try to post a video of my performance soon! 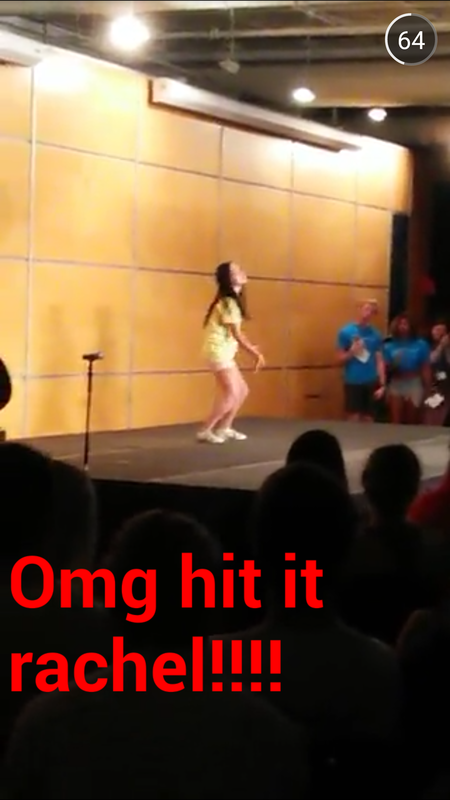 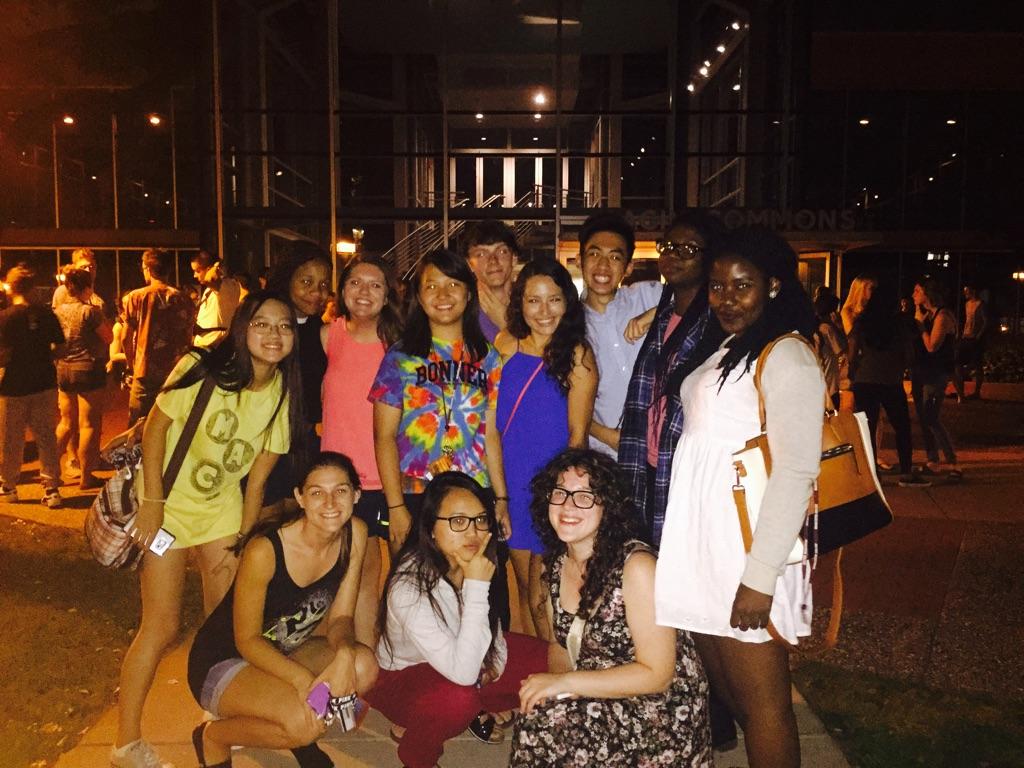 The picture above shows most of the 1st year Bonners and some of the 2nd year Bonners that showed up to support my performance! It has only been a week, and I can honestly say that I love my Bonner family already!

After the talent show, all of us decided to go to the basement of the Campus Center, where we can play video games. All of us ended up playing Just Dance 4 for 2 hours, dancing to super cheesy and embarrassing songs late into the night. Here’s another screenshot from a friend during my turn at Just Dance 4. 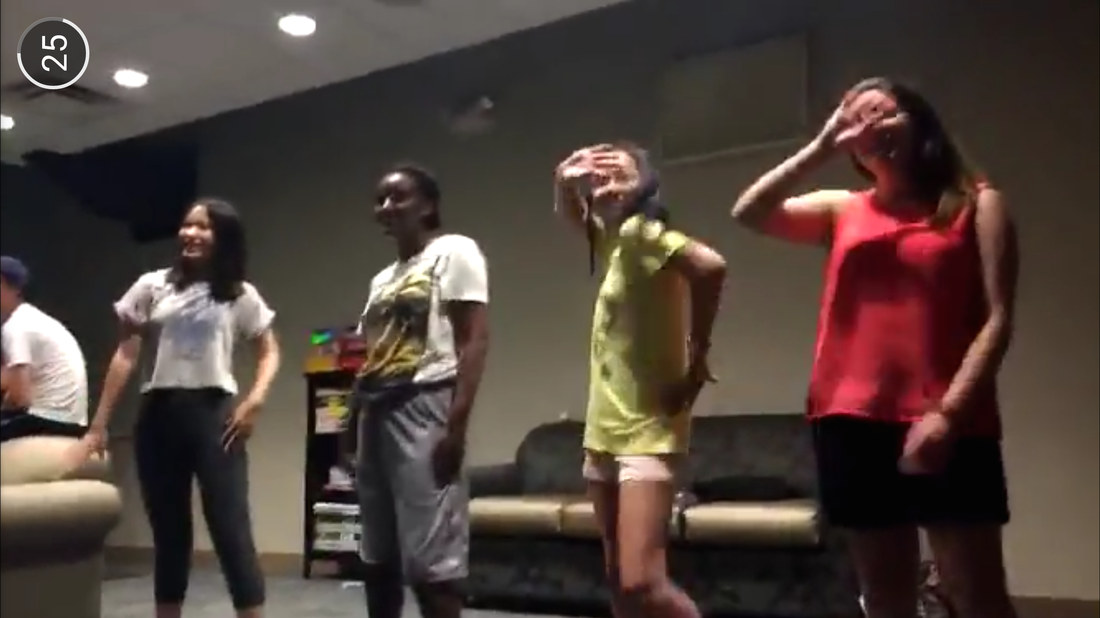 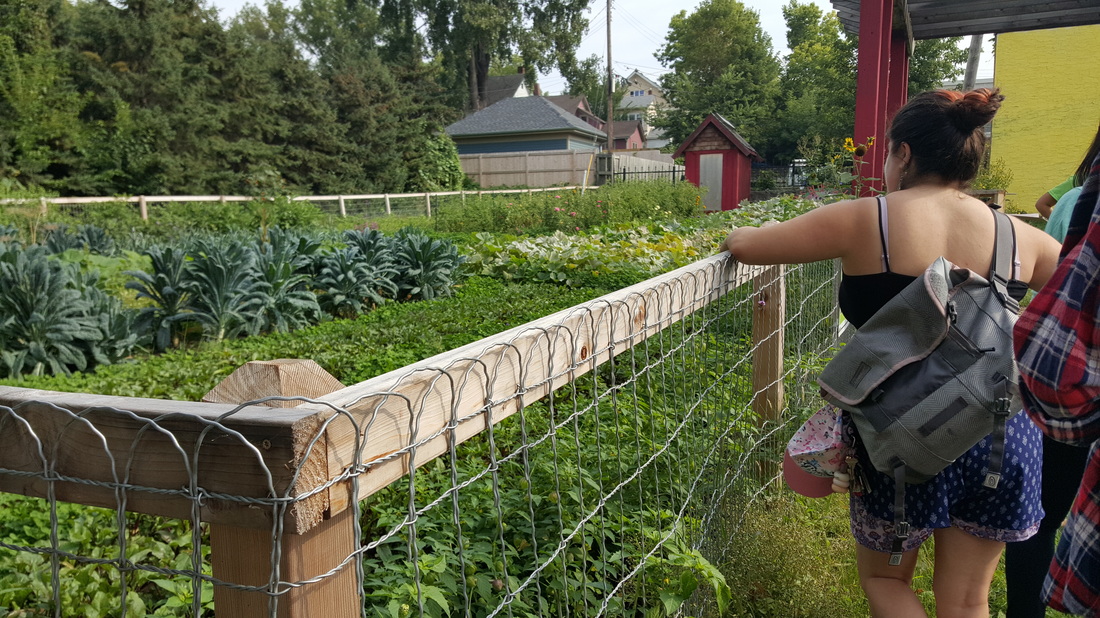 Into the Streets- Urban Roots

I began my morning on the last day of orientation with a volunteering session called Into the Streets. My group was assigned to a non-profit called Urban Roots, where vegetable gardens in East Side Saint Paul help unite the community’s youth. Our group ended up doing about 2 hours of gardening work, which included some weeding and harvesting of purple potatoes. Personally, outdoor activities have never been my type but it was nice to have an opportunity to see a different side of Saint Paul.

My official first day of classes begin tomorrow with Planet Earth: Behind the Series at 9:40am and Calculus I (’cause I never did fully grasp Calculus) at 12pm. I am finally coming to terms with being a college student because my first paper (a reflection paper) is due on Thursday in my First Year Course (Civic Ideals and Higher Education in America). Trying to start the year without procrastinating is difficult, but, so far, I have visited the writing assistant’s office hours for help(she’s an upperclassman) and I will be doing some final revision tomorrow morning so that I can turn it in Thursday afternoon in class!

PS- I just received an email saying that I will be part of the Macalester Chorale this year! We shall see if I get assigned to be a 1st or 2nd soprano.