This post was written as part three of a three-part blog series as a creative midterm project for a Macalester course, ASIA 194: From Yellow Peril to Yellow Fever.

For my 21st birthday this month on October 21, please consider donating to my favorite nonprofit, Reach for Excellence. I have created a Facebook fundraiser with a goal of $750 and have just reached $501! Reach is committed to providing free academic enrichment to underprivileged middle school students in the metro Atlanta area for three years and making a college preparatory education possible.

As a graduate of the Class of 2011, I credit Reach as a strong influence on my character development; I became a more confident and articulate young woman and learned the importance of community building. My Reach network of friends and teachers are some of my loudest cheerleaders to this day. These are the people who told me that enrolling in a private high school was a possibility (where 3 of my Reach teachers attended my Lovett graduation) and encouraged me to pursue higher education. Even if $5 is the most you can contribute, I am still grateful for your support of empowering middle school students in metro Atlanta.

If you would like to see the results of this program, please read Reach’s 2016-17 Annual Report.

With the sudden exponential increase in Asian/Asian American representation in mainstream media, many individuals began to use the hashtag #AsianAugust as a way to show the dominance of these entertainment shows in popular culture. Films like Crazy Rich Asians and To All the Boys I’ve Loved Before dominated (and continues to dominate) the media landscape, with cast members interviewing on late-night TV shows and making appearances on popular YouTube channels. Asian American celebrities and influencers even bought out theaters to encourage people to watch Crazy Rich Asians and to send a message to Hollywood with a guaranteed #GoldOpen weekend (Eric Nam, Shibutani siblings, Kina Grannis, and affluent fans). The result? $165 million in sales, surpassing 2009’s The Proposal and becoming the highest-grossing rom-com in 10 years. It seems that it would only go uphill from here for Asian representation in the mainstream media and beyond.

However, I’m cautious. In 1994, ABC’s All-American Girl, a sitcom about a Korean-American family, was canceled after one season and Fresh Off the Boat premiered in 2015, 21 years later. In 1993, Joy Luck Club was the last film before Crazy Rich Asians that feature an all-Asian cast by a large production company. In the 25 years between Joy Luck Club and Crazy Rich Asians on the big screen, nothing changed. Whitewashing still happened with Asian character roles. Scarlett Johansson was cast as Motoko Kusanagi in 2017’s Ghost in a Shell (criticized by Constance Wu and Ming-Na Wen). Pigeonholing Asian actors and actresses in stereotypical roles still happens (2017 Guardian article), and Asians/Asian American actors continue to get typecast in roles like martial artists, sexless geeks, dragon ladies, or subservient prostitutes.

Moved by the #OscarSoWhite hashtag, William Yu created the #StarringJohnCho campaign, which reimagines Asian Americans in leading roles. People photoshopped John Cho (Searching, Harold & Kumar, Star Trek) onto movie posters. So how would Hollywood films look like if an Asian/Asian American acted in a non-Asian typecasted lead role? (Correct answer: They would look 200% more badass and gain so much more profit from a larger audience.) 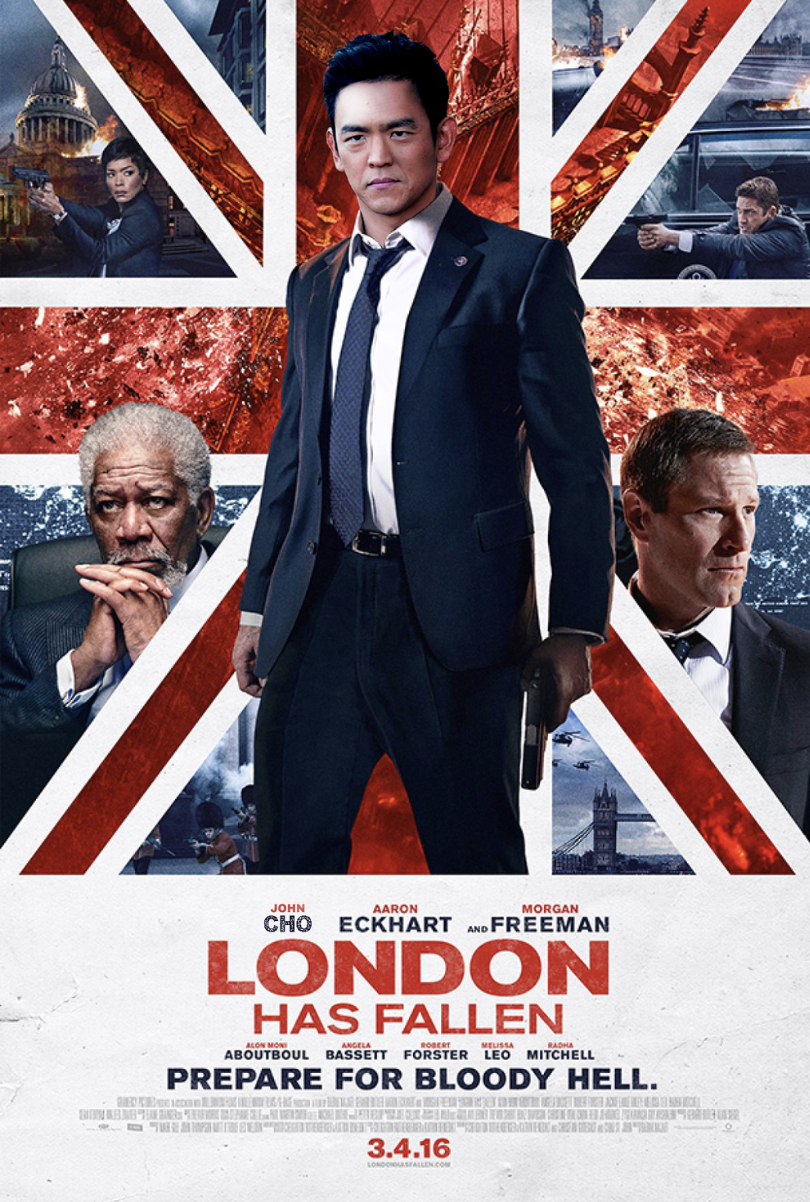 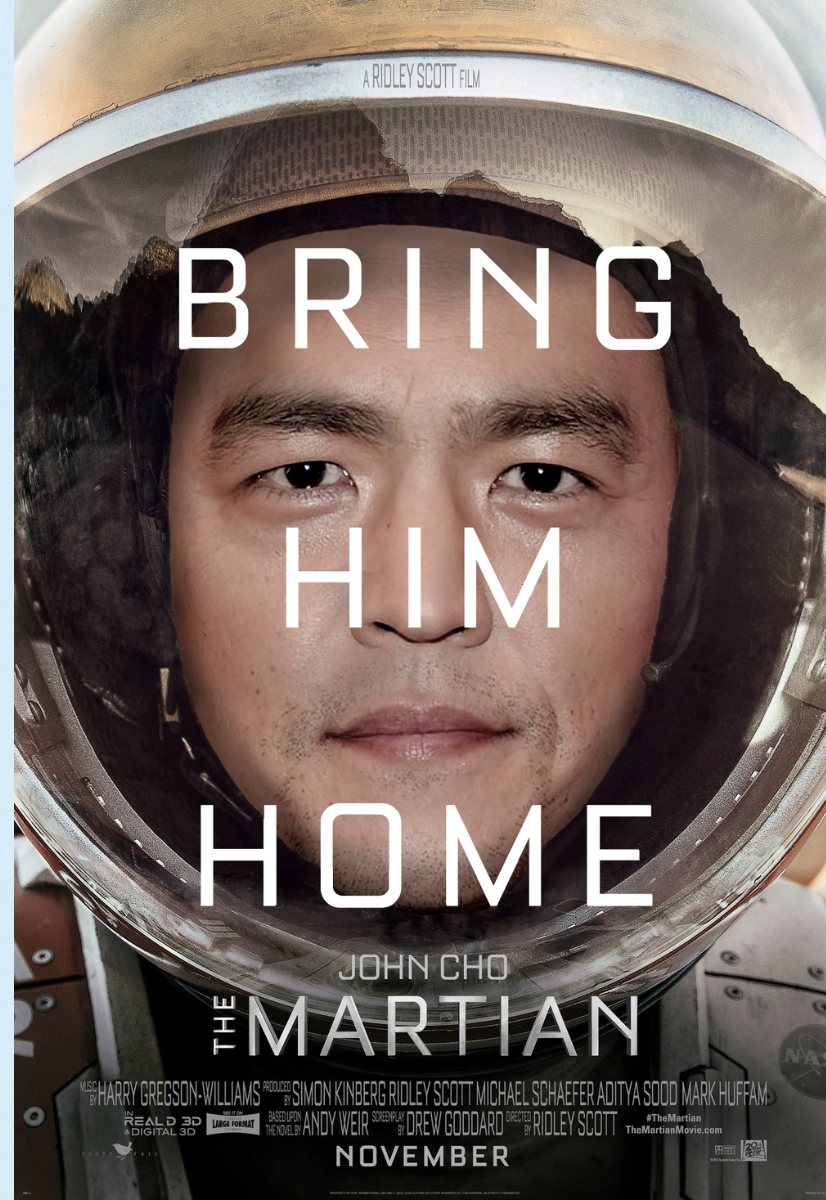 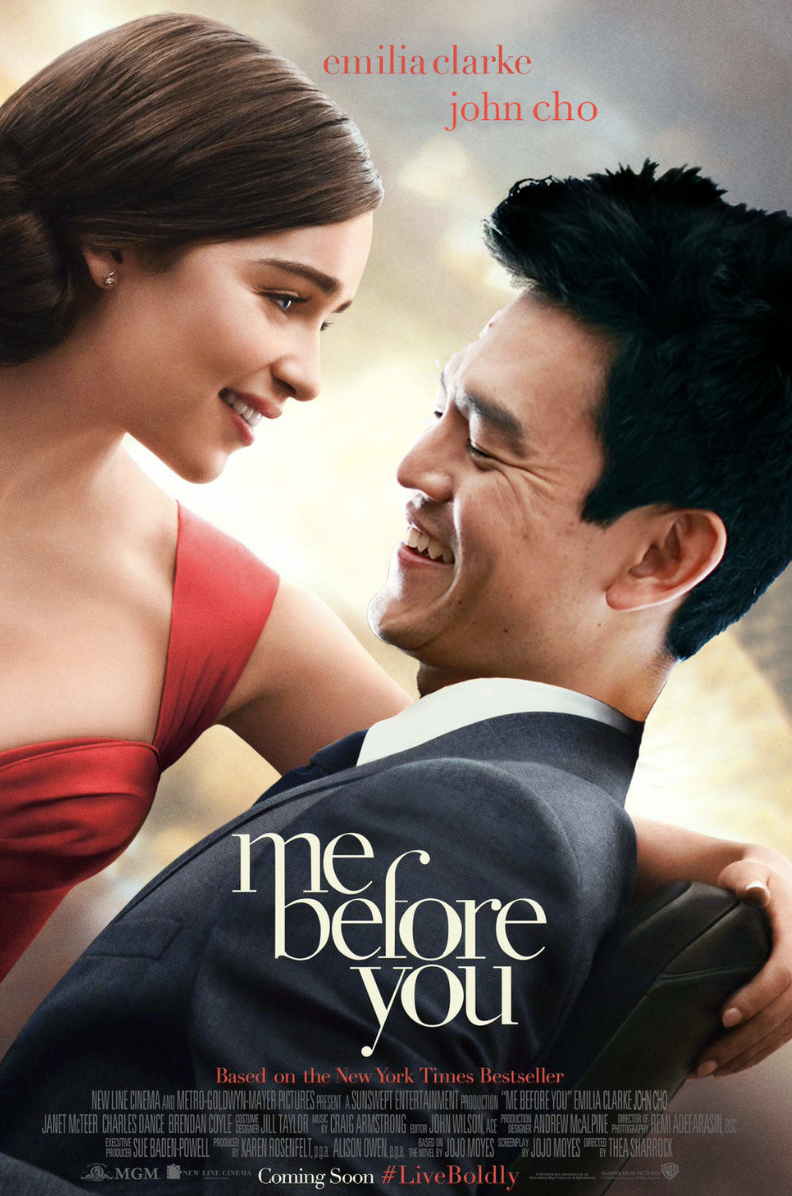 Since the #StarringJohnCho campaign wanted to redefine Asian male roles in media representation as attractive and charming men, the #StarringConstanceWu campaign was born to redefine Asian female roles. As a result, Constance Wu (Crazy Rich Asians, Fresh Off the Boat) was photoshopped into film posters of The Hunger Games, rom-coms, and Marvel movies. It’s high time to let go of Asian female character tropes found in films like The World of Suzie Wong (1960), Sex and the City (1999), and Rush Hour 2 (2000). Asian/Asian American women are so much more than flat, one-dimensional characters who act as sex symbols, dragon ladies, and docile “lotus blossoms”.

With the hashtags #StarringJohnCho and #StarringConstanceWu, the campaigns normalize what it would be like if Asian actors took on lead Hollywood roles. Now that the Asian American community has brought to light the importance to see ourselves on the small and big screen with relatable characters, I hope that the larger public sphere will join Asian Americans as allies to push Hollywood to stop whitewashing roles and incorporate Asians into non-ethnic roles. 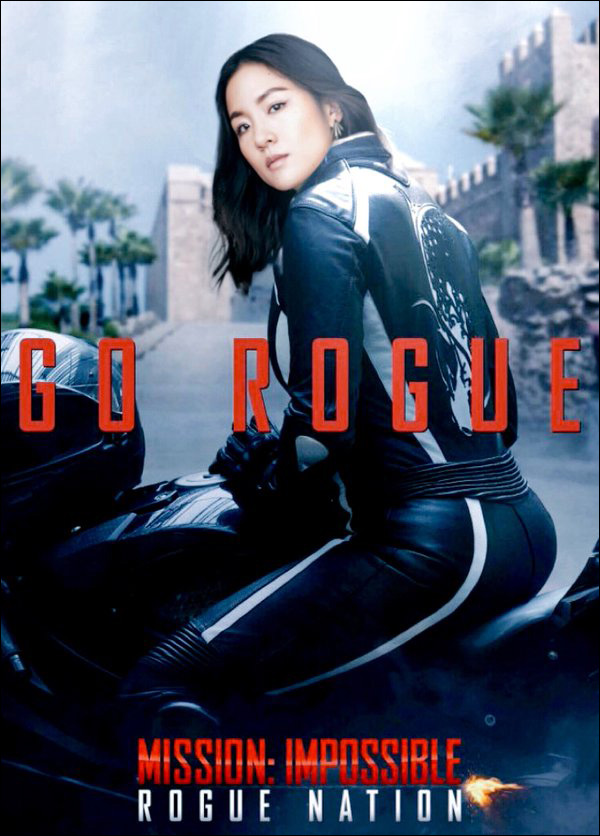 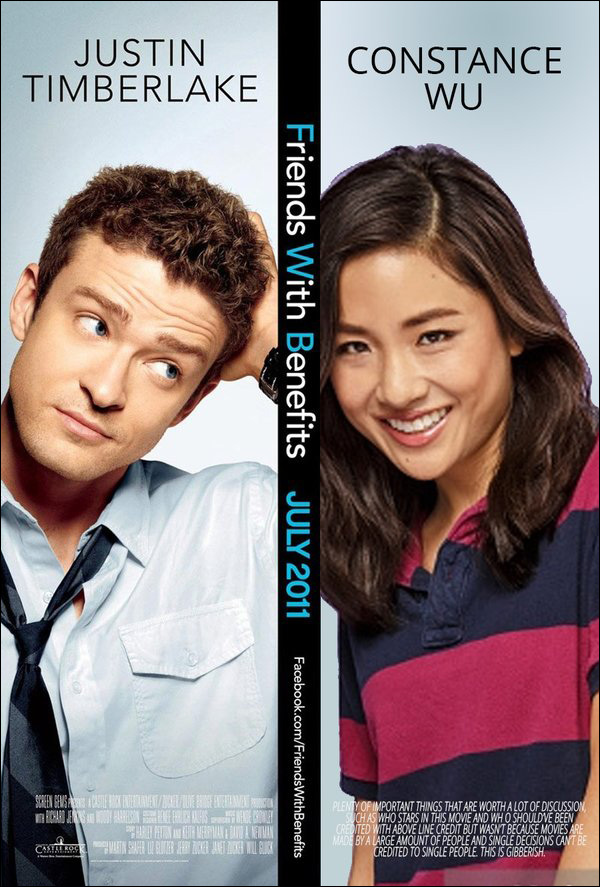 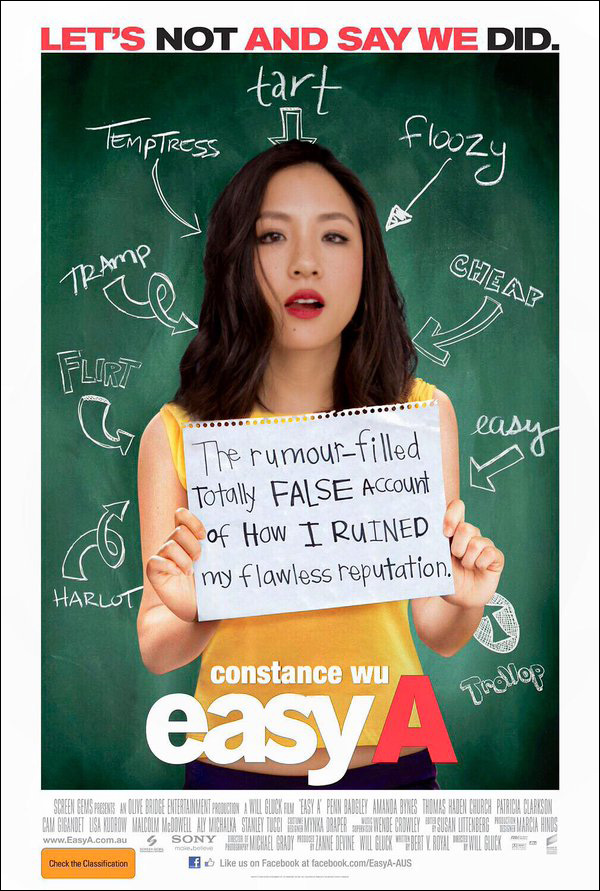 My Reviews on Hyped Up #AsianAugust Productions in 2 Sentences:

The characters in the movie are so much more dynamic and multi-dimensional than the book, which tries to cover too much in a short book. Listen to the Books & Boba podcast, an Asian American book club, to hear ALL the reasons why I dislike the book more than the movie.

To All the Boys I’ve Loved Before

It’s nice that Jenny Han (the author of the book) was adamant on getting an Asian American female lead, but I wonder if the female actress chosen could have been Korean American since the written character is Korean American. Cute teen rom-com though.

It’s a Korean Canadian family but I got ALL THE FEELS because the immigrant family play-turned-TV sitcom is just SO RELATABLE. 10/10 – go watch it NOW.

(This Slate article practically says everything I want to say about the show.)

With all the hype surrounding the sudden surge of Asian actors in mainstream media, many have been quick to forget the broad definition of being Asian and the struggle of making different narratives heard in the media. When people think of Asians, East Asians generally come to mind: light-skinned individuals with a cultural background from either China, Japan, or Korea. They probably won’t be images of brown-skinned Filipinos, Pakistanis, or Thais. One of the greatest downfalls of the “Asian” label is that it encompasses too many experiences. There are some many disparities among Asian Americans – Asian Americans have the largest income gap. Likewise, the downfall of portraying all Asian narratives is that darker skinned Asians are often ignored. Their absence in the Asian narrative and mainstream media will continue to perpetuate colorism, implying that lighter-skinned Asians are more socially acceptable.  So while #AsianAugust is a celebration for some representation, we shouldn’t stop here because we can do better.

When Asians/Asian Americans struggle to break into the mainstream media, they often turn to alternative mediums like YouTube, where they are able to showcase their talents without many barriers. The Asian American influencer community is large. You’ve probably heard of many of them: Steven Lim, Nigahiga, Wong Fu Productions, Michelle Phan, just to name a few. These people were my first exposure to Asian Americans in the media industry. Now that influencers and actors are gaining traction and getting media coverage, visibility in mainstream media should not be our end goal for representation; it should be the beginning.

We can start with media representation but I hope that, in the near future, all Asian Americans can be represented in some form in the boardrooms of Fortune 500 companies, in the government, and in history textbooks.

Gook (2017) – a film about two Korean American brothers (Justin Chon, David So) managing a shoe store in a black neighborhood during the 1992 LA riots. Available on Netflix

Hasan Minhaj: Homecoming King (2017) – a stand-up comedy with comedic material centering on his immigrant experience and his Indian heritage. Available on Netflix.

Searching (2018) – a feature film about a father (John Cho) finding his missing 16-year-old daughter through her past social media usage. Showing in select theaters.