This post was written as part two of a three-part blog series as a creative midterm project for a Macalester course, ASIA 194: From Yellow Peril to Yellow Fever.

I am back! I did not forget about this blog or my readers. In fact, this post will mark the beginning of a 3-part blog series titled Asian American Identities. This semester, I am taking From Yellow Peril to Yellow Fever, a class that teaches about Asian American experience through Asian American literature. The class exposed me to a wide spectrum of perspectives among Chinese American writers, including Eric Liu and Gene Luen Yang. Our midterm project is a creative one, and I have decided to use this blog as a medium of conveying my opinions and reflections of my personal narrative as well as of the recent happenings in Asian America.

For this Asian American Identities post, I will be critiquing my first encounter with Asian American history, which was an English paper I wrote in 11th grade. In this paper, I highlight the history of restricting East Asian immigration, Japanese American internment camps, and Asian American politicians. I covered quite a lot of ground in 8 pages, but I think I started my journey to understanding Asian American history with a decent start.

I won’t embed my essay into this post, but feel free to refer to an un-revised copy of my 11th grade English paper HERE as I critique my arguments. Please excuse the terrible grammar and choppy writing style. 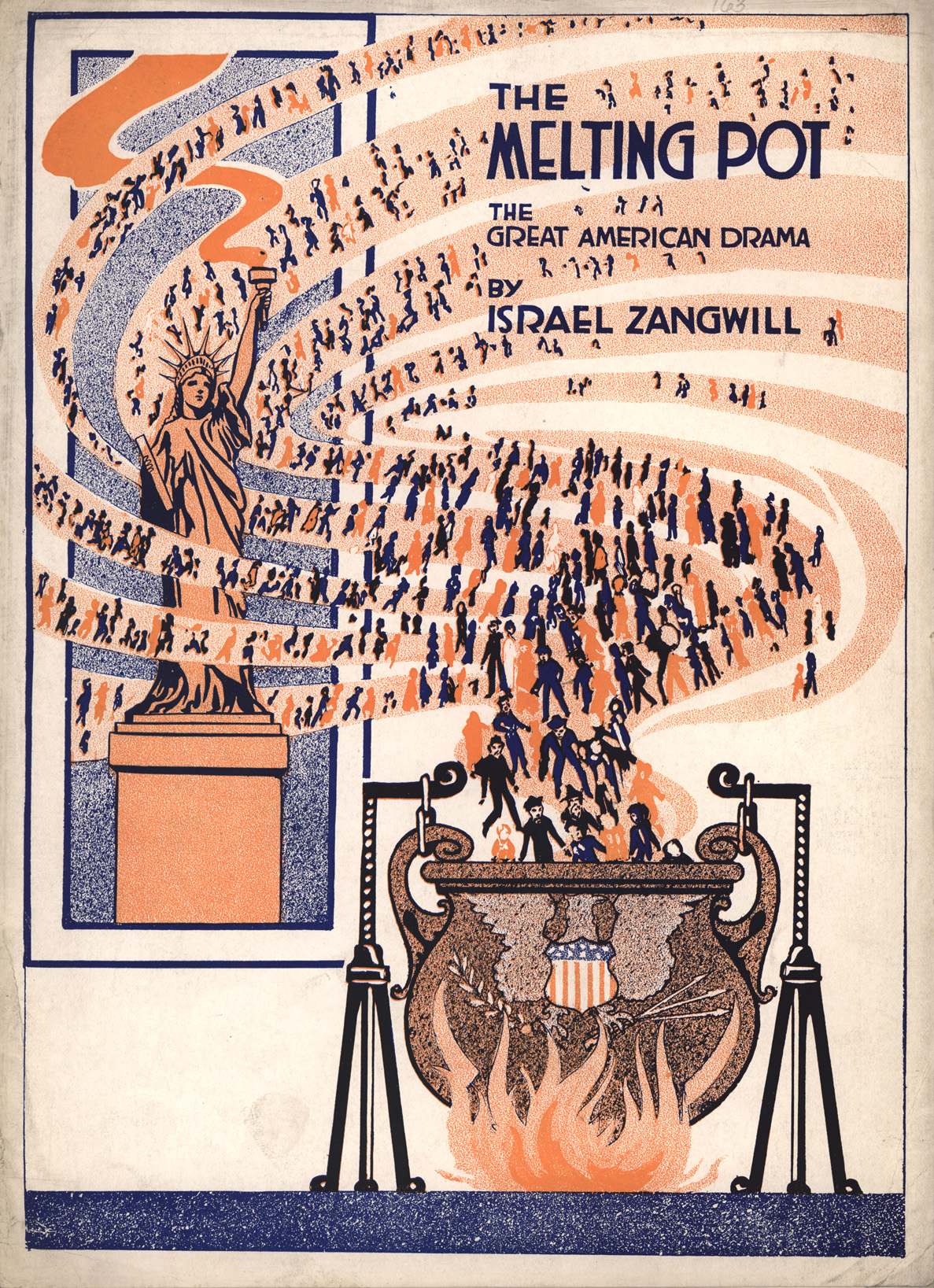 If I remember correctly, the prompt of my high school essay was about the US melting pot. As a result, I  decided to focus on Asian Americans as part of this melting pot topic.

melting pot (n.) – a place where a variety of races, cultures, or individuals assimilate into a cohesive whole (Merriam-Webster)

It’s interesting to note in the opening paragraph that I referred to the melting pot as “a meretricious term that hid imperfections that lay underneath the surface” without delving further into that statement. From reading the introduction, I can deduce that I hinted at the European Americans’ white privilege, a term that I didn’t learn until later. I also noted that the melting pot is not an accurate representation of the US demographic. However, I also didn’t refuse the idea of a melting pot entirely. I saw the melting pot on an individual level – blending an individual’s multiple identities together. This perspective is in contrast with the general view of the melting pot, where an individual blends into the mainstream American culture (whatever that may be). Here’s an op-ed from a 2014 Harvard grad about why the Melting Pot enforces a mainstream American cultural standard.

Five years later, I refrain from using the phrase “melting pot” now. While the United States is diverse in its people, I don’t think a “melting pot” is an accurate term for defining diversity. The phrase reminds me of the need to assimilate and that there is a correct norm to assimilate toward. I personally do not use an alternative term to reference the diversity of the US, but phrases like a mosaic would be a more accurate representation of the assimilation that immigrants go through. A melting pot signifies the homogeneity that results from assimilating; whereas, a mosaic retains the distinctiveness of the pieces that come together for the whole artwork.

Under America’s strenuous circumstances during the war, Black justified the Executive Order because of “military urgency” and he “deemed it unjustifiable to call them concentration camps with all the ugly connotations that term implies” (“Landmark Supreme Court Cases” 81-85).

The passage above can be found on page 4 of my 11th grade English essay. Although I concluded that Justice Black’s ruling was unconstitutionally discriminatory against Japanese Americans, I wish I wrote more about the quote that compared the relocation centers to concentration camps. So, here’s my take on Justice Black’s concurring opinion.

The first book (well, graphic novel) that I read for my class this semester was Citizen 13660 by Mine Okubo. This graphic novel depicts Okubo’s relocation years from California in a straightforward, almost emotionless manner. As part of our class discussion, the term concentration camps came up. Even though US relocation camps did not put Japanese Americans in gas chambers, Justice Black’s argument of the definition of “concentration camps” implies that relocating Japanese Americans was a humane solution comparatively. Needless to say, if we’re not comparing relocation centers to concentration camps, the relocation centers are not livable conditions by any means. Okubo writes of sleeping in horse stables on sheets stuffed with hay at Tanforan Relocation Center, a repurposed racetrack in San Bruno, California. With that, I conclude that Justice Black’s opinion implies thinly-veiled discrimination against a non-white minority group hidden behind the excuse of safety and public fear. Why weren’t there huge masses of German and Italian Americans forcibly relocated?

At one point in my essay, I reference the Civil Rights Movement as the catalyst for Asian Americans to reform public school curriculum. I will not dive into the 1974 Supreme Court case Lau v. Nichols here, but I wish I researched a bit more about the intersection between the social activism in black communities and in Asian communities. In retrospect, if I were to rewrite an essay on a similar topic, I would attribute the rise of Asian American activism to black activism. Black Americans paved the way for other minority groups to be heard, and they should continually be recognized for their efforts that allowed other minorities to gain their rights and freedoms as Americans.

Below, I have embedded a 2013 recording of NPR’s guest host, Celeste Headlee, interviewing Scot Nakagawa as part of the 50th anniversary of the March on Washington. The short 7:50 minute clip mentions a 2013 article that Nakagawa wrote: Three Things Asian-Americans Owe to the Civil Rights Movement. Read the transcript here.

In my essay, I wrote about the achievements of Asian American politicians, such as Daniel Inouye and Patsy Mink. To this day, I remember the moment when I first discovered that there were influential Asian Americans in politics – I was in awe. So to end this blog post, I want to highlight the importance of diverse representation in the government. As mentioned in this 2016 op-ed from The Hill, it is important to increase representation of women and people of color in the government. When people look like us and come from similar backgrounds, we are more likely to trust the government.

With that said, the first step to more political representation in government is political participation. Please register to vote and vote in the midterms on Tuesday, November 6. (See registration deadlines for each state here)