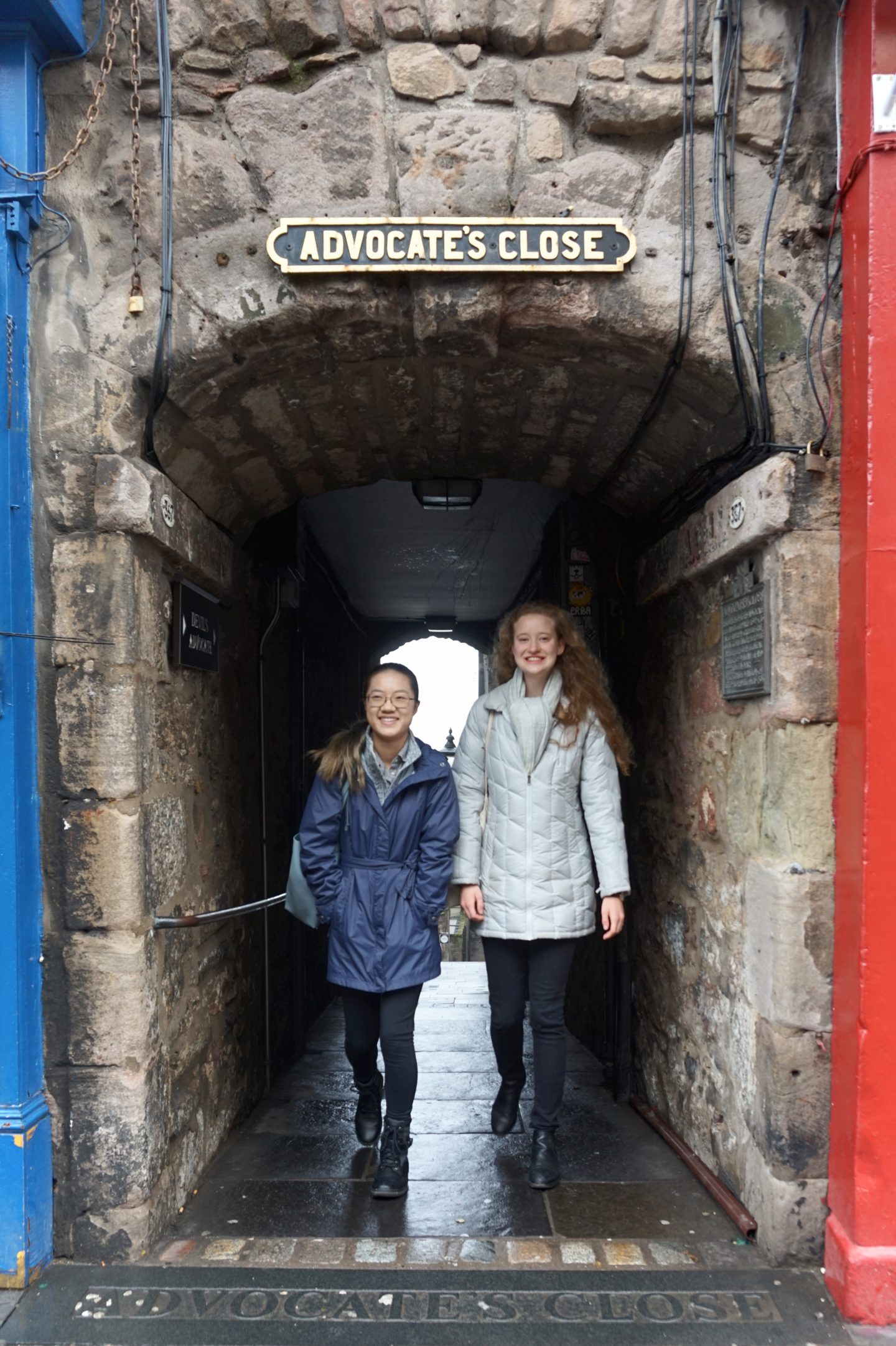 Adrienne and I trying to look candid while walking out of an alleyway.

This post has been longgggggg overdue. Junior year of college was pretty overwhelming. Now that it’s over, I hope I can write more insightful blog posts. But I digress…

I never thought I would leave the country for Spring Break. I’m not the type to spend thousands of dollars on vacation- although I do value spending money on experiences over materialistic things. However, as some of you know, Jennifer is currently studying abroad at the University of Edinburgh in Scotland, UK. Since she visited me in Korea at the end of last semester, I thought it would be fitting for me to visit her while she was abroad. I personally have no strong interest in traveling to the UK, but Jennifer gave me a reason to explore a place I wouldn’t have normally chosen. Besides, Adrienne, my close high school friend, met Jennifer last summer, so she also decided to visit Edinburgh. (Adrienne is also abroad this semester in Florence, Italy.)

Delayed flights and missed connections aside, I arrived on a Saturday night into a rainy Edinburgh. Getting into the city late meant that all three of us rushed to make our reservation for escape room. If you’re not familiar with escape rooms, it’s basically a challenge where a group of participants is “locked” (not literally, that’s against fire codes) into a room, and have to solve a series of puzzles in order to escape. Despite our tiredness and jet lag, all three of us finished the hourlong mission with 38 seconds to spare and an ab workout from our fits of laughter. The employee probably had a fun time watching us scream and laugh at our own dumbness. I found the photos that the company posted onto its Facebook page, but please excuse their terrible photo quality (I really tried editing them). You can see the difference in our expressions before and after the mission. It was a great way for us three to learn how each of us problem solves. 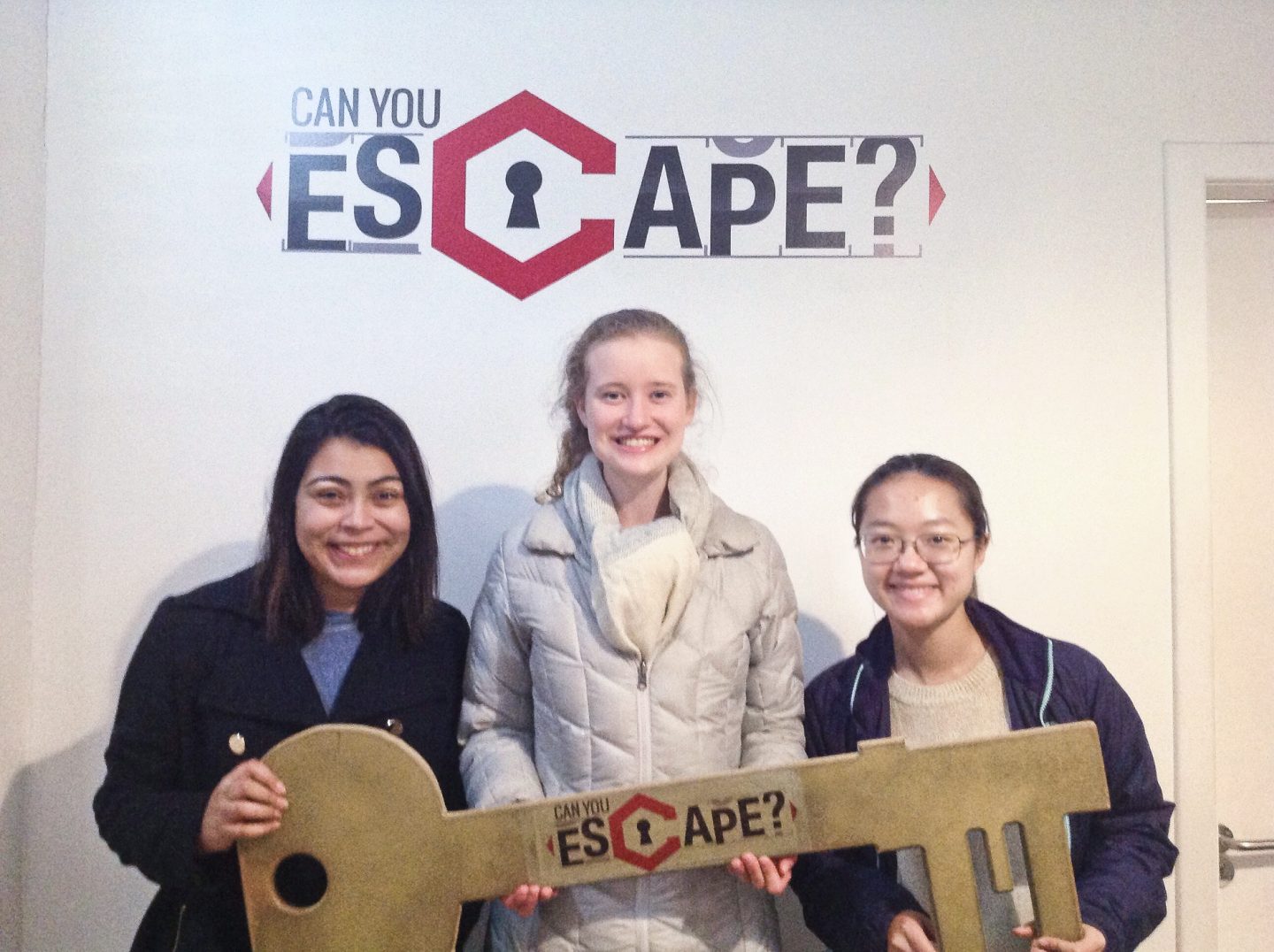 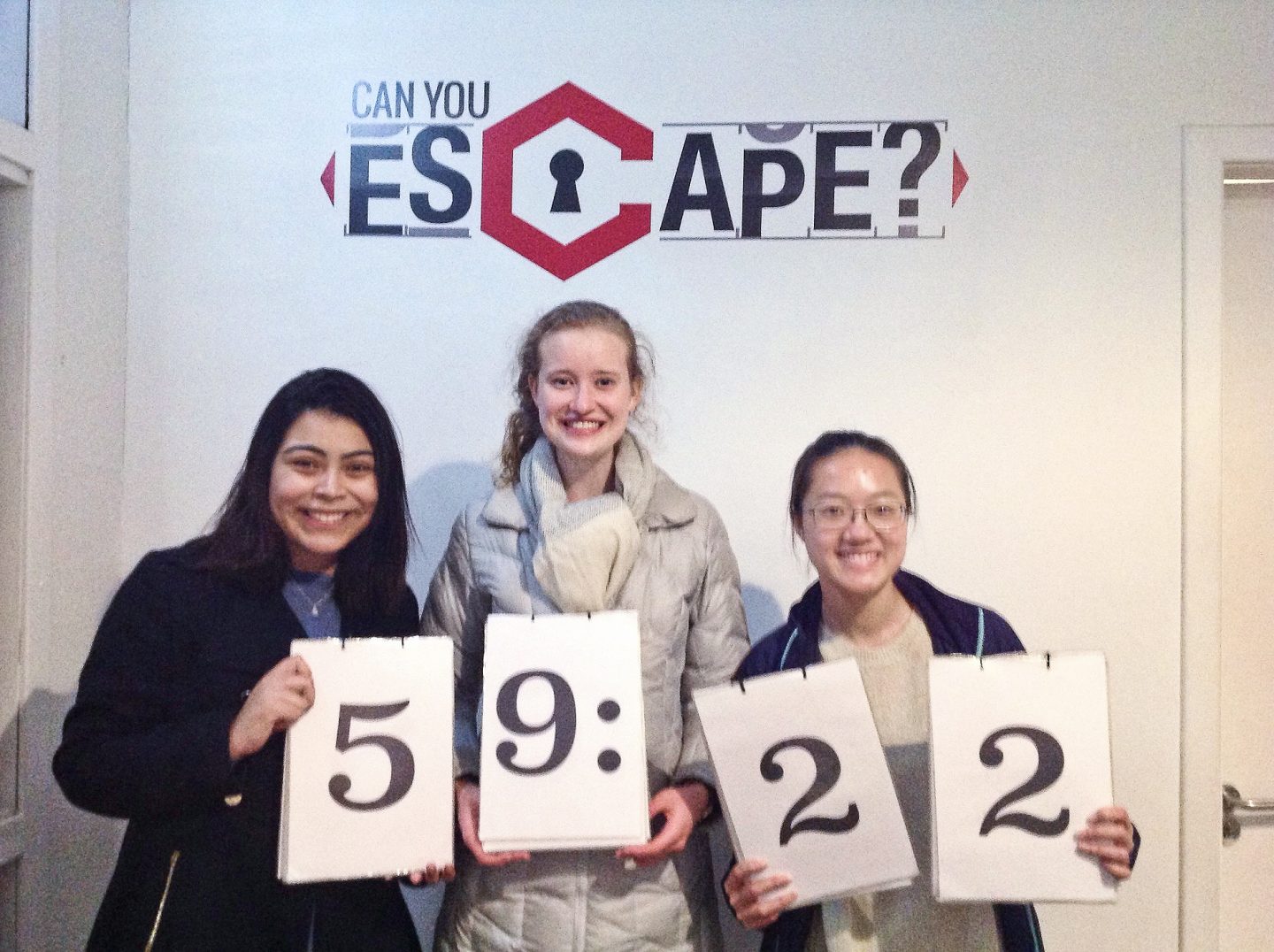 A Day Trip into the Scottish Highlands

Heading into this trip, I had no expectations. Getting re-acclimated to Macalester already took a toll on my mental health, so I had no spare time to plan the trip whatsoever. With Jennifer’s recommendation, I agreed to take a guided tour of the Scottish Highlands. Honestly, I was pleasantly surprised at the overall guided tour experience. I had my fair share of terrible guided tours that Asian tourists like to be part of when they’re abroad so I didn’t know what to expect from Scotland. We booked our trip with Highland Experience (not sponsored. lol. I’m not at that level yet.) which didn’t include admission fees or meals but included a tour guide who gave us an in-depth history of the Highlands and played traditional Scottish music during our bus ride. In particular, I was extremely glad that the group was only about 16 people, so we traveled via a large van instead of a large coach bus. 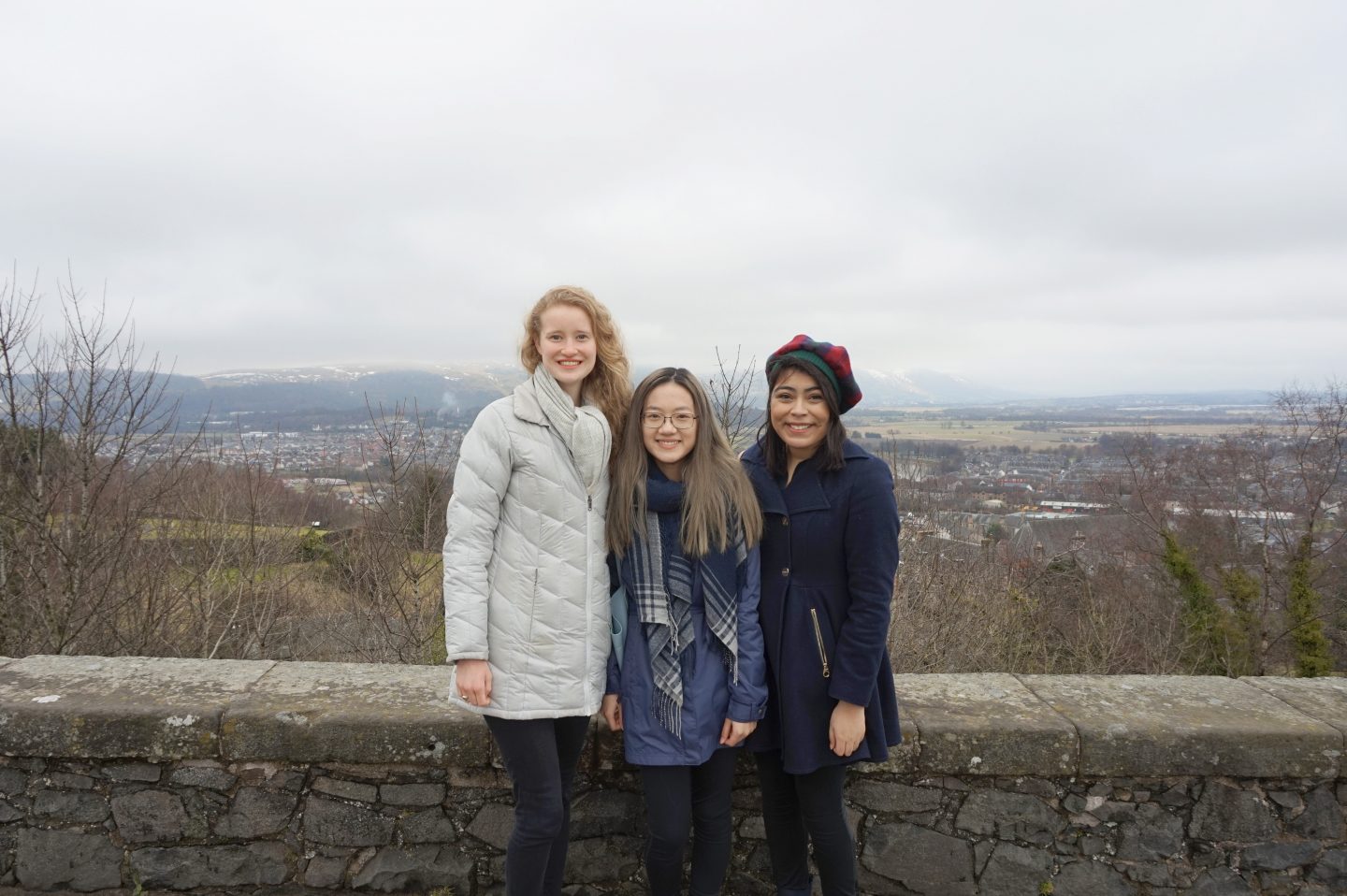 I really like this photo of the three of us 🙂

The first stop of our guided tour was Stirling Castle. As an American, I often find myself comparing the age of various architectural marvels to the age of our country. “Woah. The Stirling Castle was built before 1776 and even before the first settlers arrived in the US.” Nonetheless, I enjoyed walking around the castle and exploring the various living quarters. Since the castle is elevated above the surrounding areas, I was able to capture some good photos as well.

While the three of us had rather differing opinions on the yellow-ish color of the Great Hall below, the golden shade is supposedly difficult and expensive to produce. The building’s color makes the castle a form of a status symbol. The Stirling Castle guide told us that on a sunny day, the gold color seems to reflect light and create an awe-inspiring view. 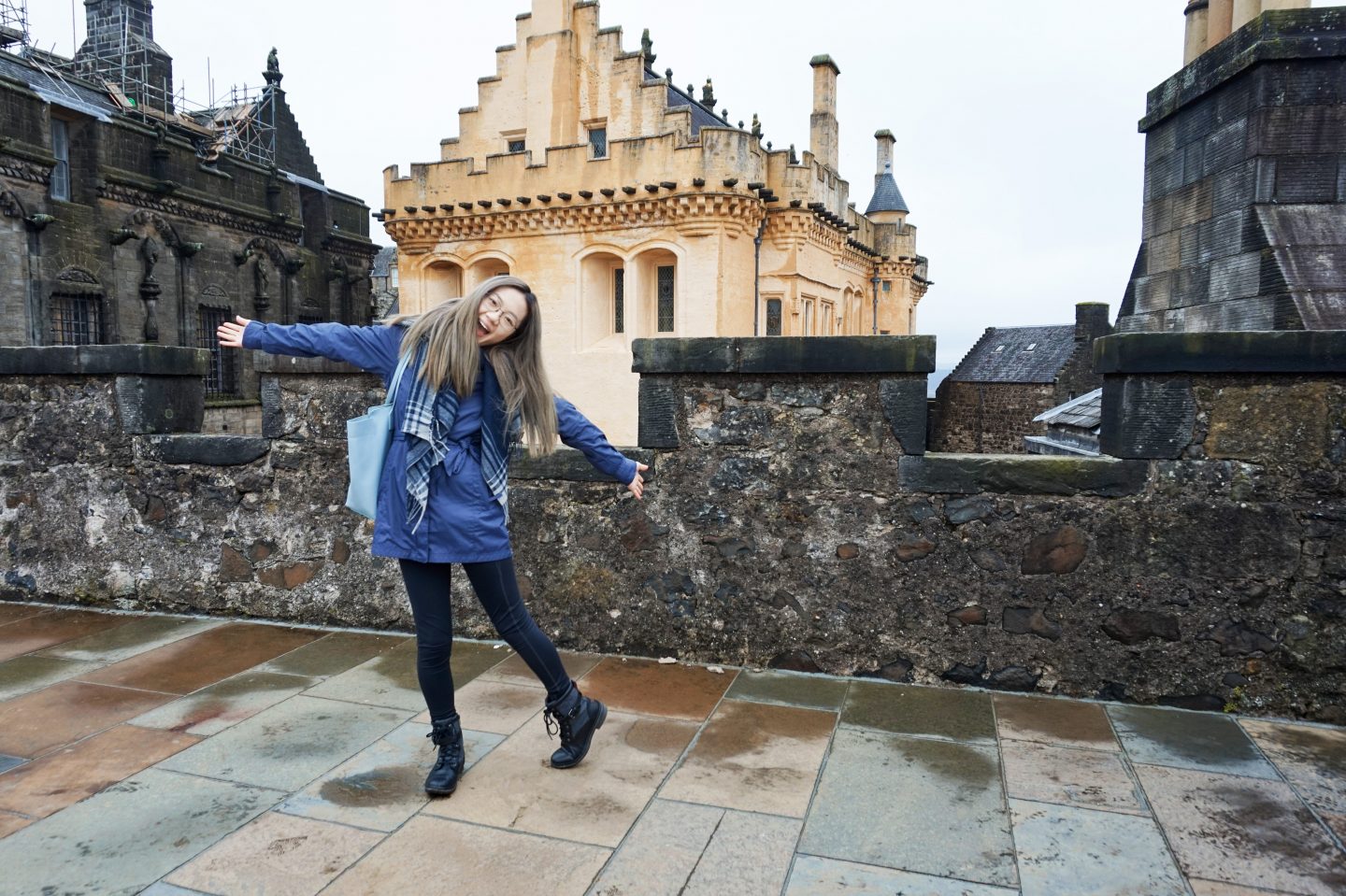 While this photo was totally taken candidly (I wanted to ruin Jennifer’s photo), I ended up really liking this photo because of the color contrast. 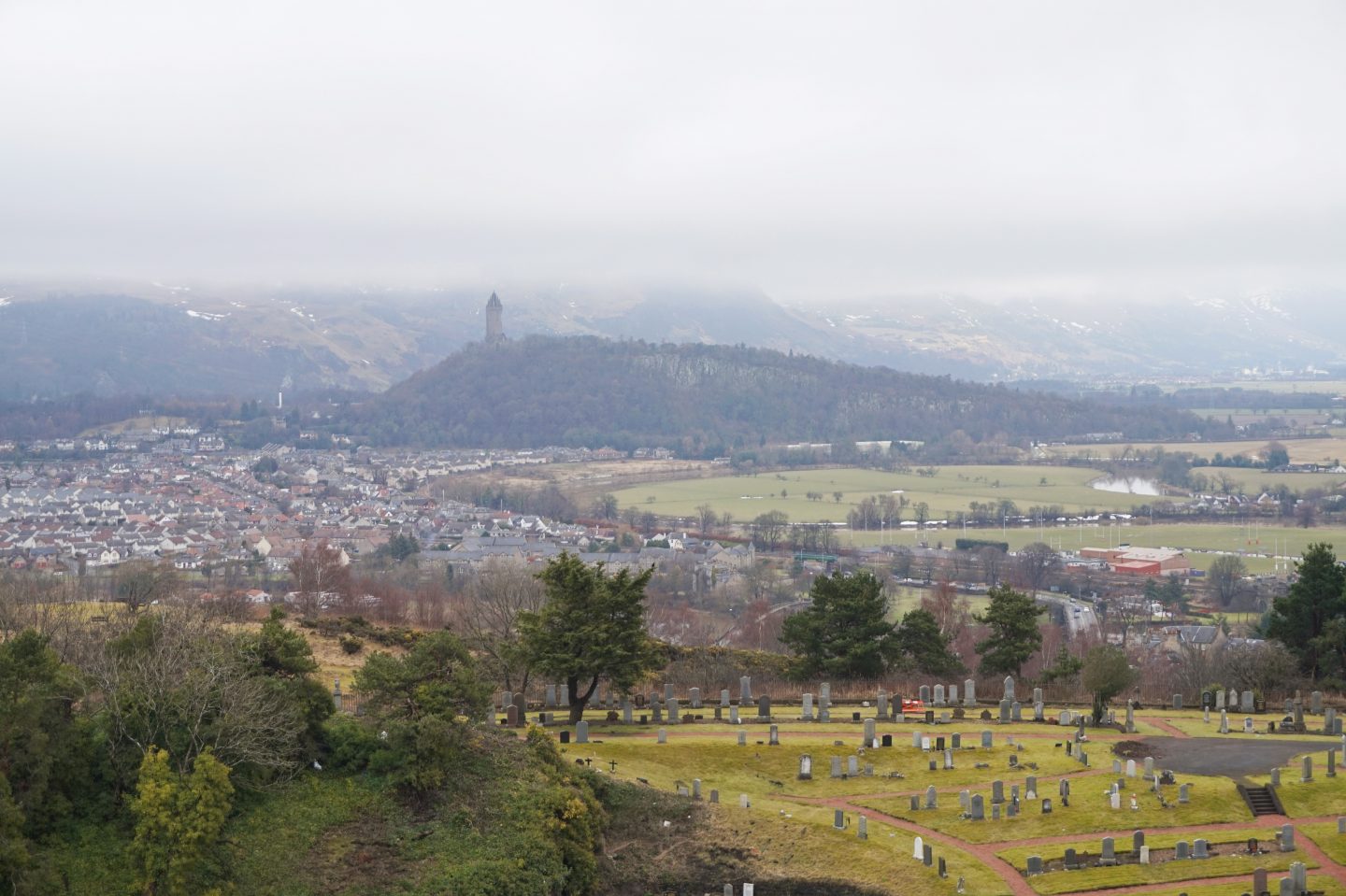 On the way to Loch Lomond, our tour guide told us the story behind the Scottish song, Loch Lomond. I won’t elaborate on the song and its lyrics in this blog post (listen to it), but the song quickly became my favorite tune during the trip. The landscape near Loch Lomond was very picturesque. The tour guide sketched out a short trail up a hill for us to admire the view. The trail itself was only about 10 minutes long, but the view looking at the loch was amazing. We led the group walking up, so the three of us were able to enjoy several minutes of silence and serenity before the rest of the group caught up.

Nearby, there were 2-3 little shops and cafes along a small road. We grabbed tea and ice cream and enjoyed each other’s company before we boarded the van again. 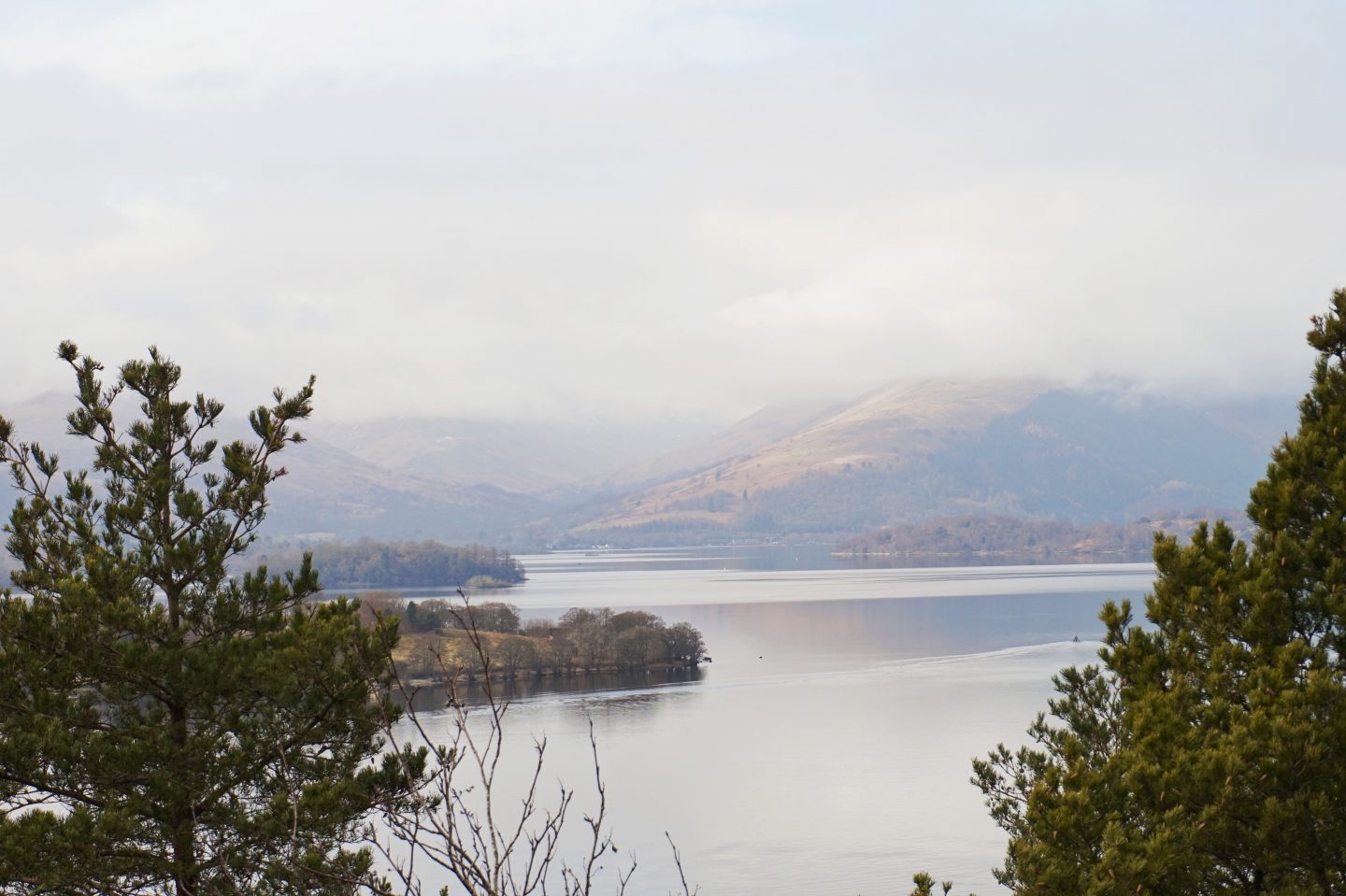 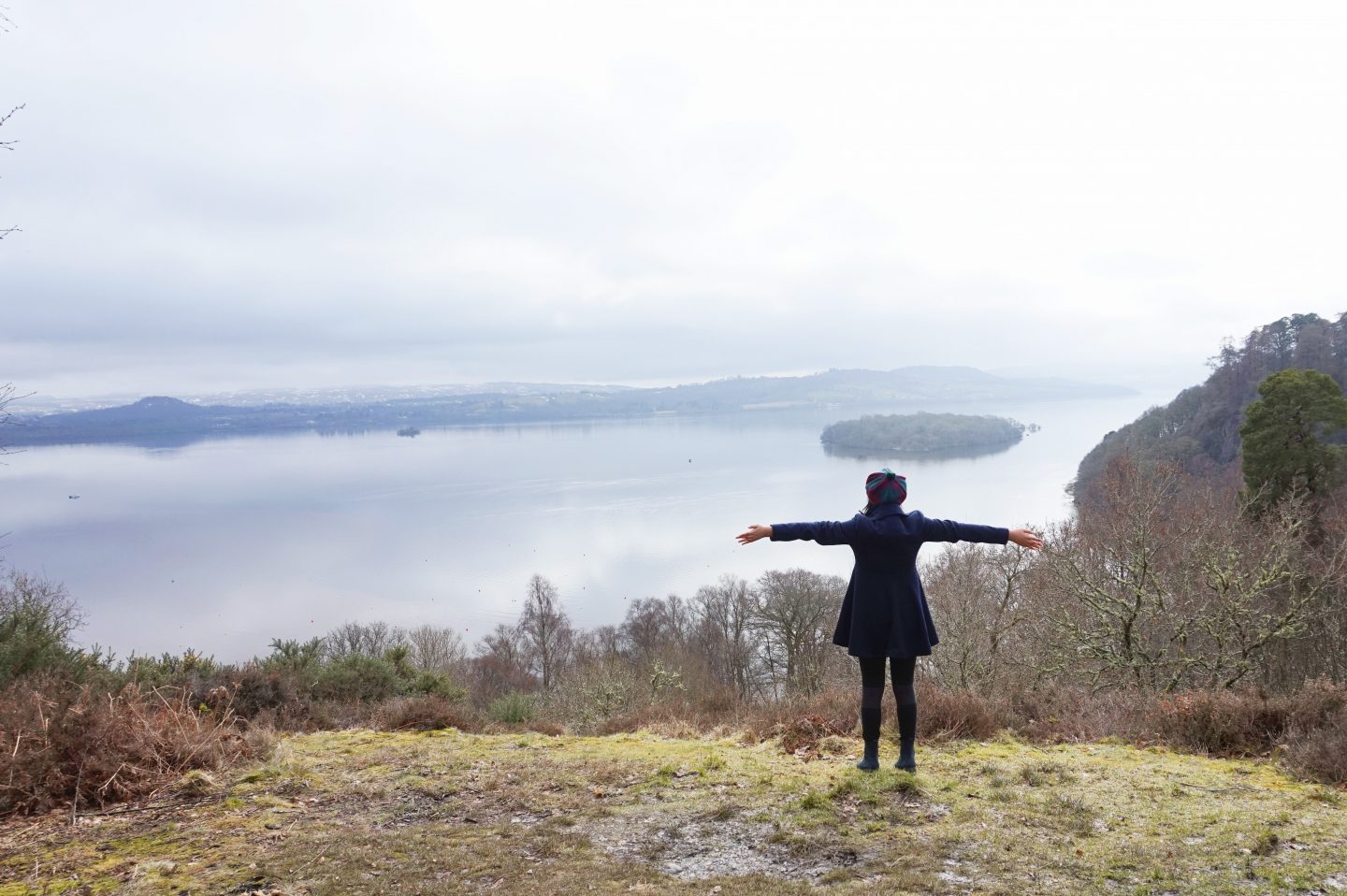 I wanted to capture this photo of Jennifer at Loch Lomond to convey the smallness of man in the face of nature. 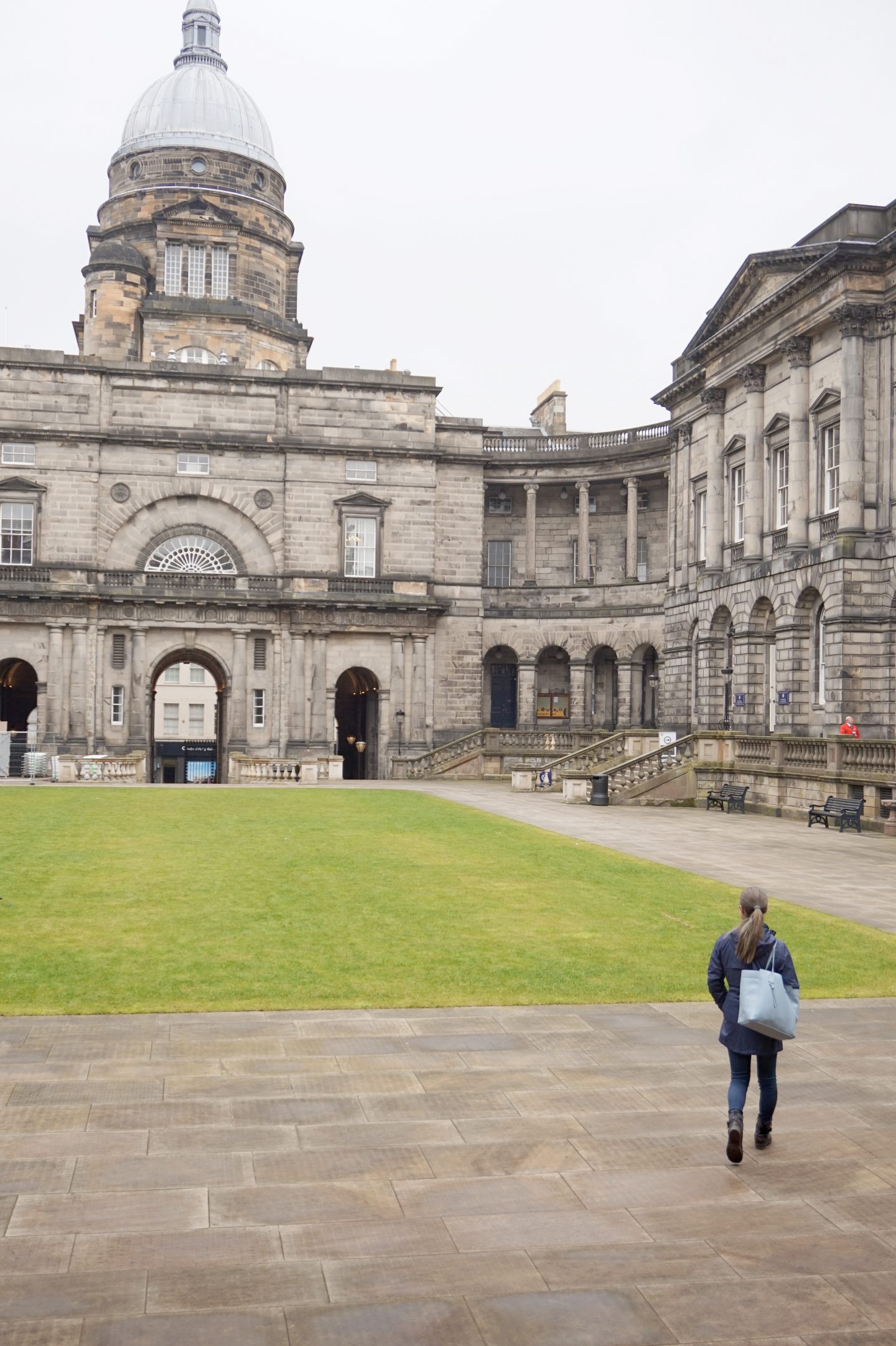 At University of Edinburgh

After Adrienne left Edinburgh, Jennifer took me around the city to look at different sights as well as just hanging out and chatting. (We even went to Ikea to look at furniture for our apartment during senior year.)

We took some photos around the University of Edinburgh and went to see some local tourist sights. Jennifer also hadn’t seen Black Panther, so it gave me an excuse to watch the movie again in theaters. Our time in Edinburgh wasn’t too busy, so I was able to relax before our time in London.

I don’t want this blog post to be super long, so I will end it here. Watch for a future blog post about my adventures in London! 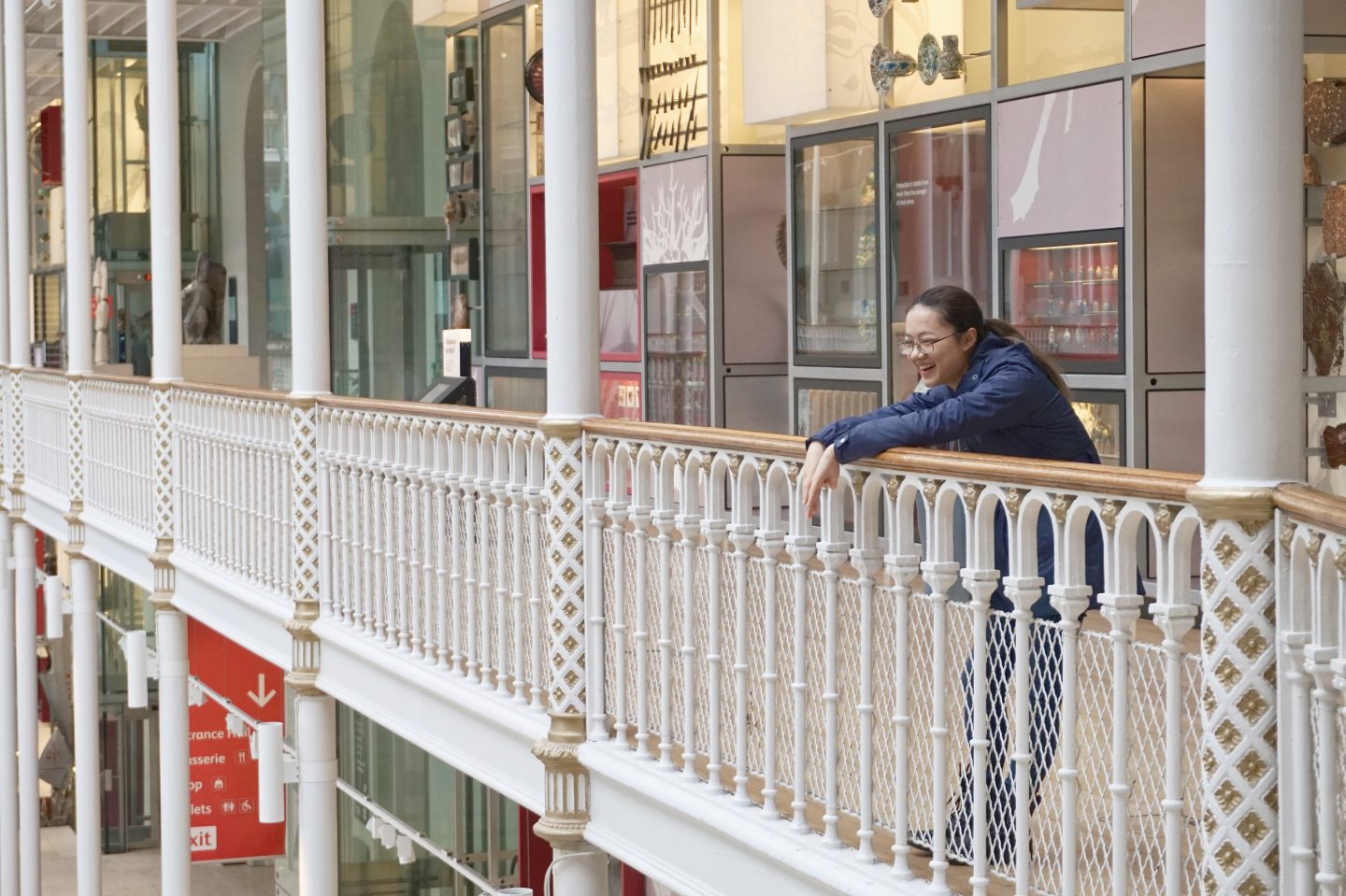 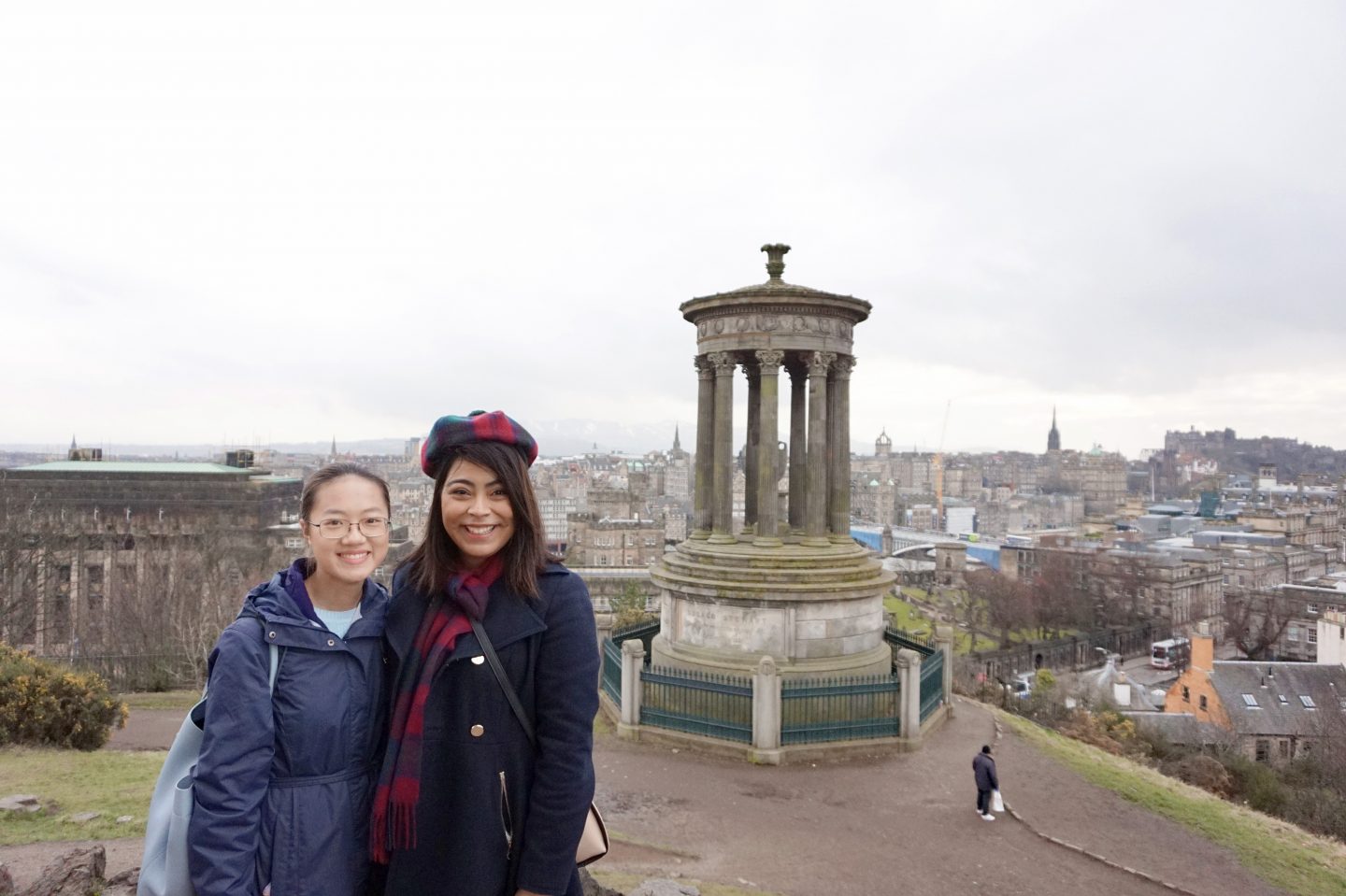 Calton Hill. Excuse the man in the background.