With Jennifer’s arrival in Seoul marking the beginning of Winter Break, I was excited to reunite and go on different adventures together. One thing I heavily regretted in early November was that I haven’t attended a concert in Korea yet. Buying the tickets to the Highlight concert was a feat in itself. It was already “sold out” when I found the event on Interpark (the Korean equivalent of Ticketmaster); however, a week later, 19 seats became available and I managed to snag two seats next to each other 🙂 Although we were at the 2nd to the last row, our seats still had a really good view, and Highlight sang all of my favorite songs (including the ones from their BEAST days). Most people know that I’m a pretty big fan of groups from the YG music label, but many friends don’t know that I’m a huge fan of Highlight/BEAST as well.

One thing that I really liked about K-pop concerts is the fan chants. The act of just participating in a group act is so surreal, knowing that other fans like their songs just as much as you do. Plus, their fan clubs are on a whole different level; I walk in and they give me bottled water with Highlight photos on it! (versus in the US, where they confiscate your water. hahaha) I was just in awe the entire time I was at the concert.
Besides the concert organization itself, Jennifer and I really enjoyed ourselves. At the time, Jennifer’s energy was like a decreasing exponential graph; I wasn’t sure if the concert dragged too long for her (especially since she wasn’t as big of a Highlight fan as I was and can’t understand any Korean) or if the jet lag was getting to her. At one point, I was really worried that she was getting frustrated and was about to be upset with me. I mean, the concert was almost 4 hours long! But….. I’ll let her tell you her side of the story next week. 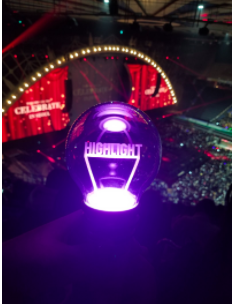 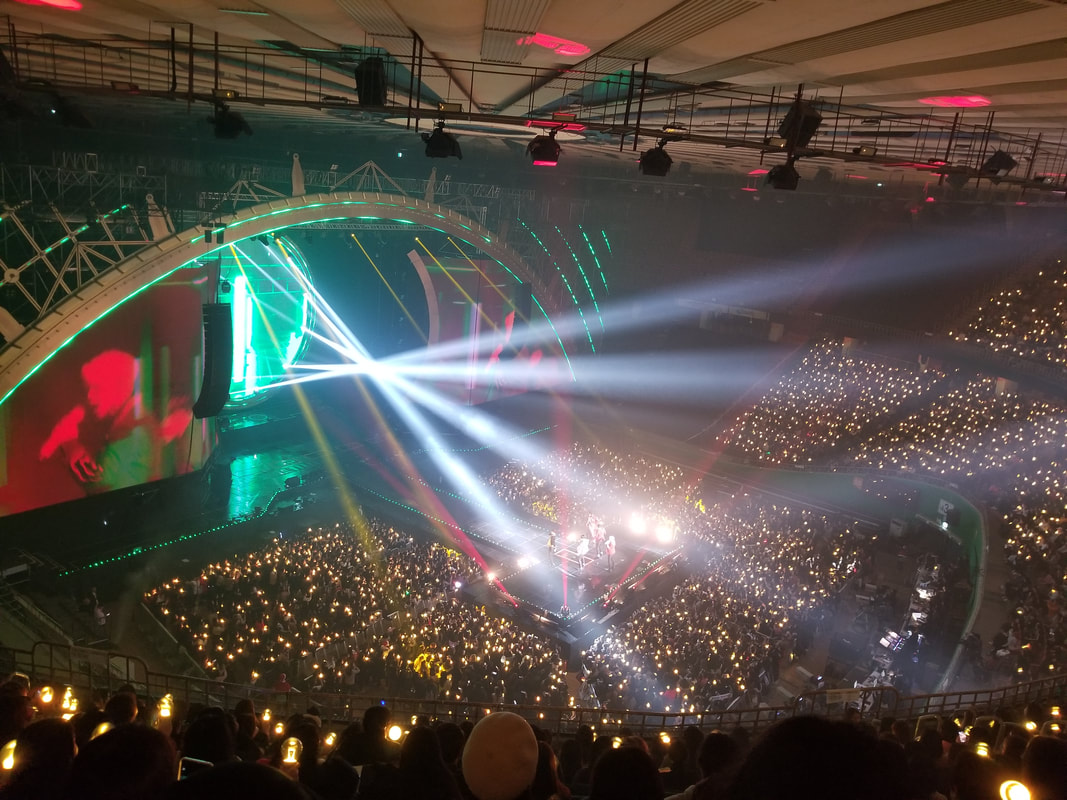 A sea of Highlight light sticks 🙂 They were synced to the music according to our seating!

Another highlight (pun not intended) for me in Seoul was our informal photoshoot at Haneul Park (literally translates to Sky Park because it is the park with the highest elevation out of five parks withinthe World Cup Park area). I have been wanting to go there since the semester began but its location (a 20 min walk away from the subway station) made it difficult. Regardless, Jennifer and I made our way there (via taxi. lols) to check this item off my bucket list. Despite the gray skies, we were still able to get some great shots of the scenery and ourselves having fun! 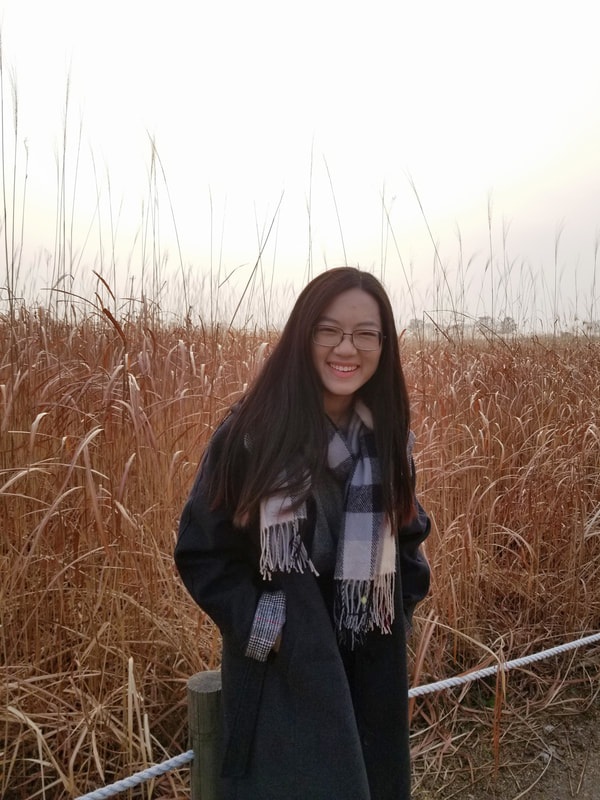 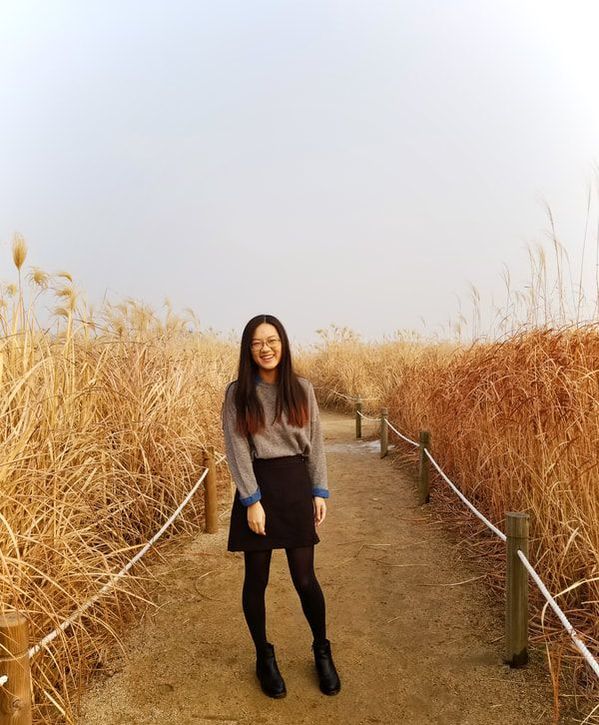 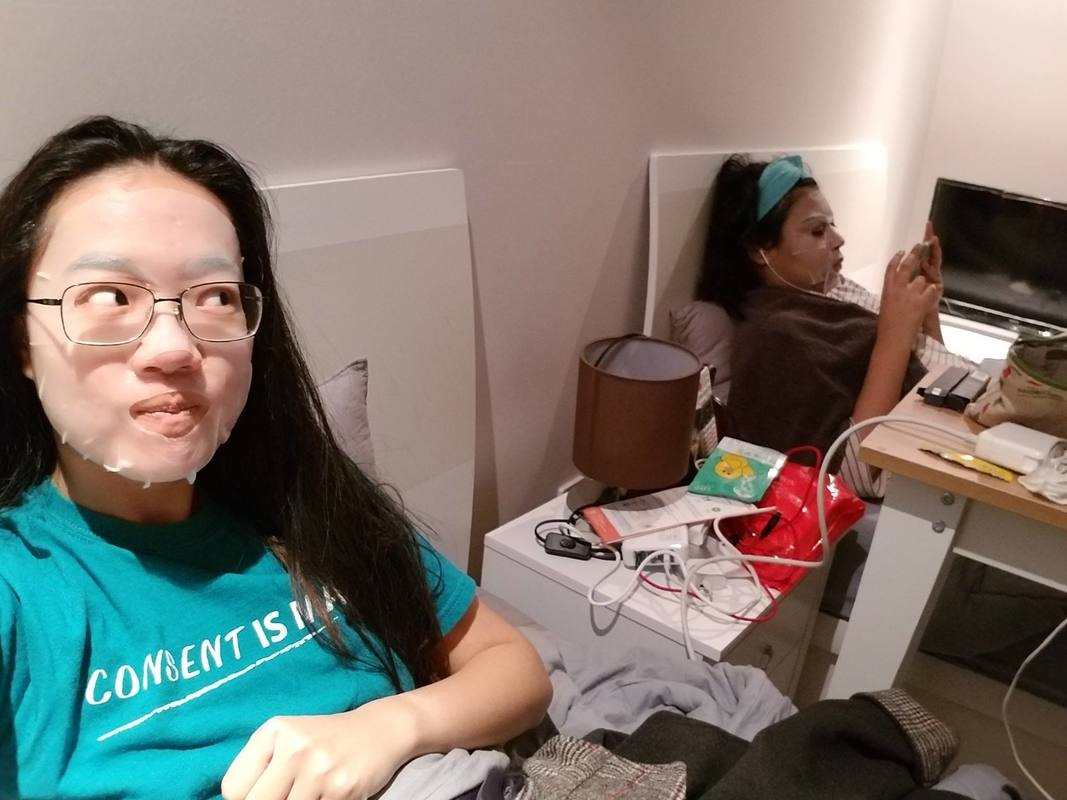 One of the biggest regrets(?) that I have about our trip was the two days spent in Busan. Unfortunately, that marked the beginning of my sickness for the next three weeks, which was a combination of sleep deprivation, fatigue, and serious sinuses and congestion. I was super glad that we didn’t plan out our Busan trip, so neither of us were super disappointed when we basically did nothing for two entire days. I was bedridden, and I mean it when I tell people that we were unable to leave our Airbnb. The furthest we walked was five blocks to a restaurant for food. At least that specific Airbnb didn’t have a data limit on its wifi, so we could stream movies and shows to watch. On the bright side, I was extremely happy to have met up with Ahyun, a friend who goes to university in Busan. We only met each other through a UGA summer camp for a week, and didn’t reunite until in Busan! I was super super glad that we were able to catch up with each other 🙂

By the time Jennifer and I landed in Hong Kong, we were exhausted! We spent a week sightseeing in Korea and had five days remaining together in Hong Kong. Lucky for Jennifer, navigating in Hong Kong is a heck of a lot easier when someone speaks the language (that’s me!). Plus, English is more widely used in Hong Kong, so I think Jennifer wasn’t as lost the majority of the time. 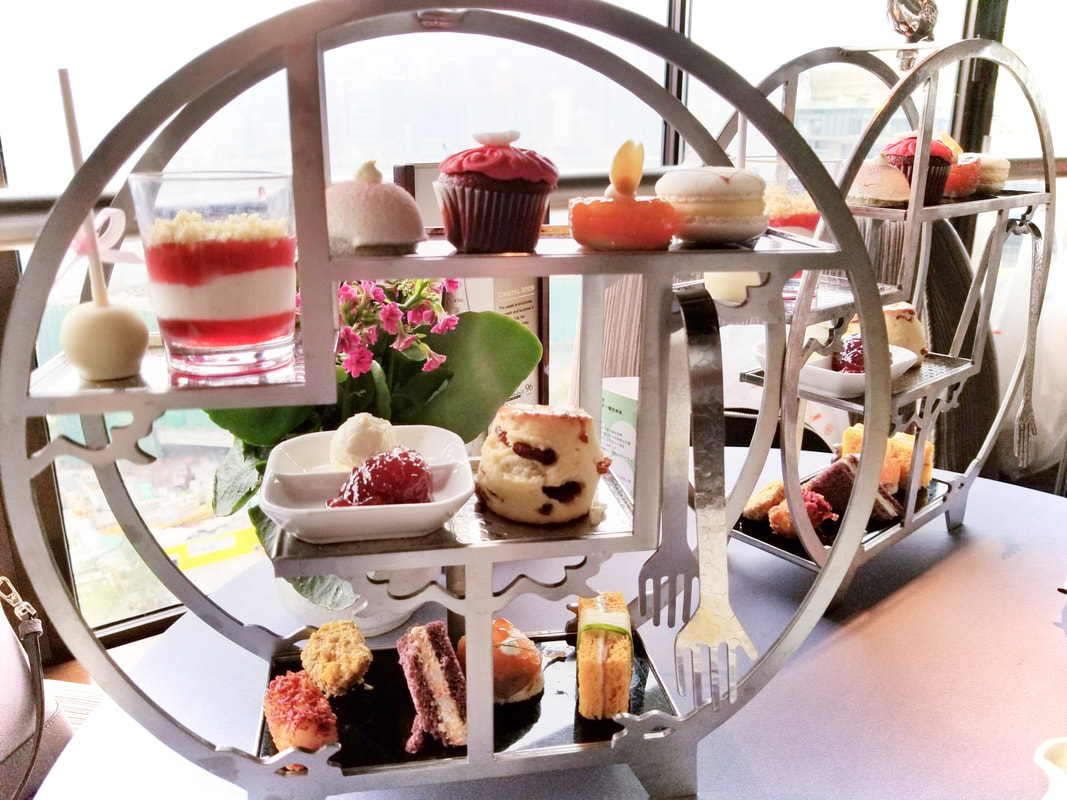 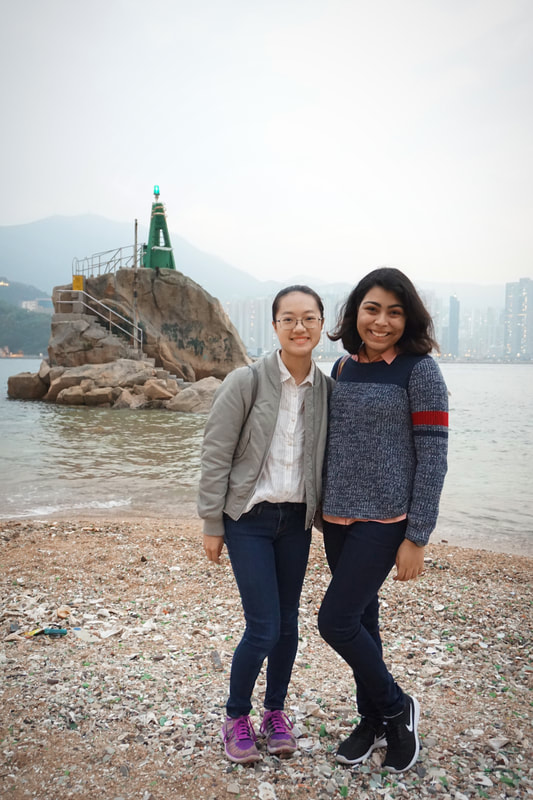 One of my favorite moments with Jennifer was afternoon tea at Sheraton Hong Kong. It combined my love for food and conversation in one. It’s moments like this that I realize both Jennifer and I travel best when we are relaxed and happily fed. Jennifer dislikes the rush of going to touristy places just to check them off a list and prefers finding one or two less crowded places that showcase the charm of a location. As for me, I think I try to make the atmosphere as enjoyable for people on trips, so if others are happy, I’m usually happy. I do usually have a short list of 3-4 things that I want to check off the list, but other than that, I really like discovering cute little cafes or shops. Bonus points if I manage to have a good conversation with a shop owner! 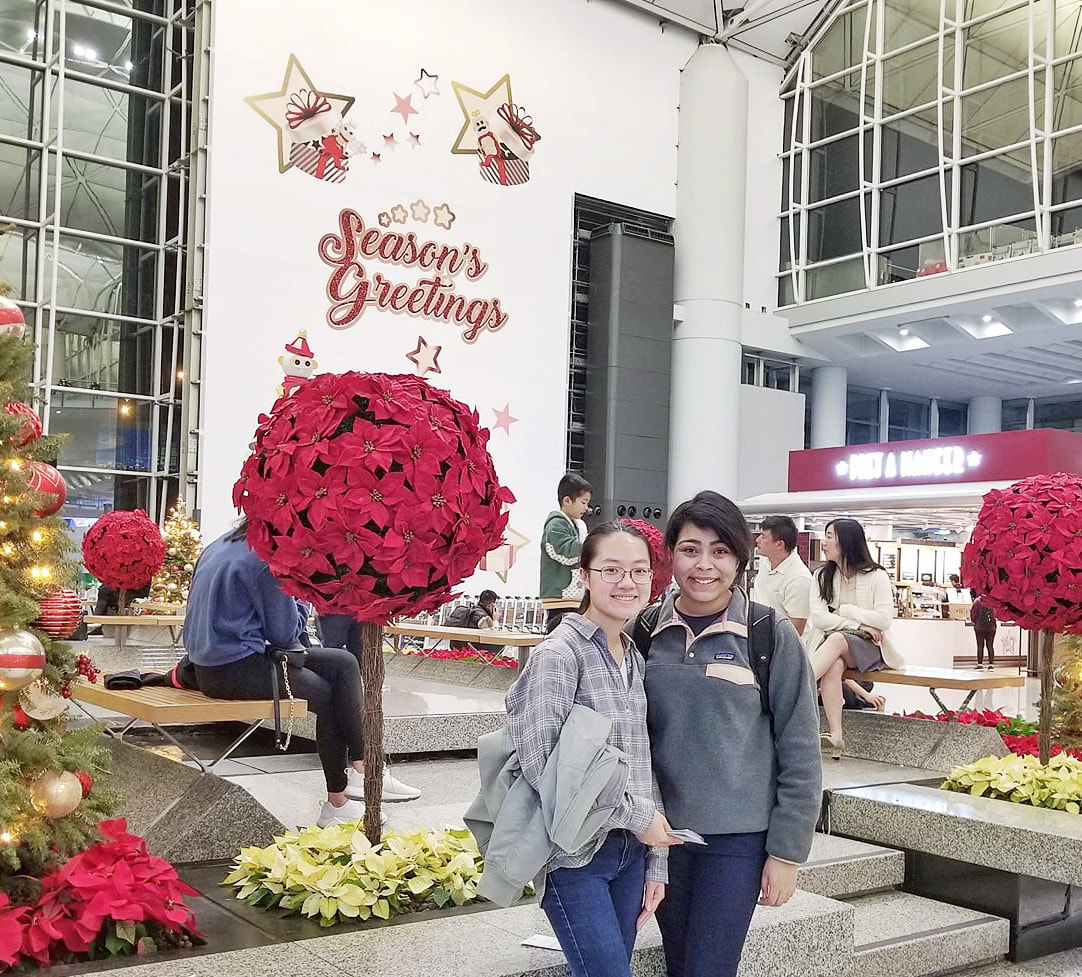 Before Jennifer goes tell it on a mountain (lols), I thought I should announce it myself. For Spring Break this year, I will be reciprocating and visiting Edinburgh and London for a week!

Regardless of what it seems to other people, being together 24/7 puts us on edge too. At Macalester, we mostly spend late nights and weekends together, but aside from that, both of us are pretty independent. We grab lunches alone and our academic interests are complete opposites.
With that, we’re also pretty good at compromising and gauging each other’s emotions. We learn to back off when the other starts snapping or PMS-ing (sorry Jennifer). We are also slowly learning each other’s preferences when traveling. So I think I speak for both of us when I say that we’re each other’s best travel buddy 🙂 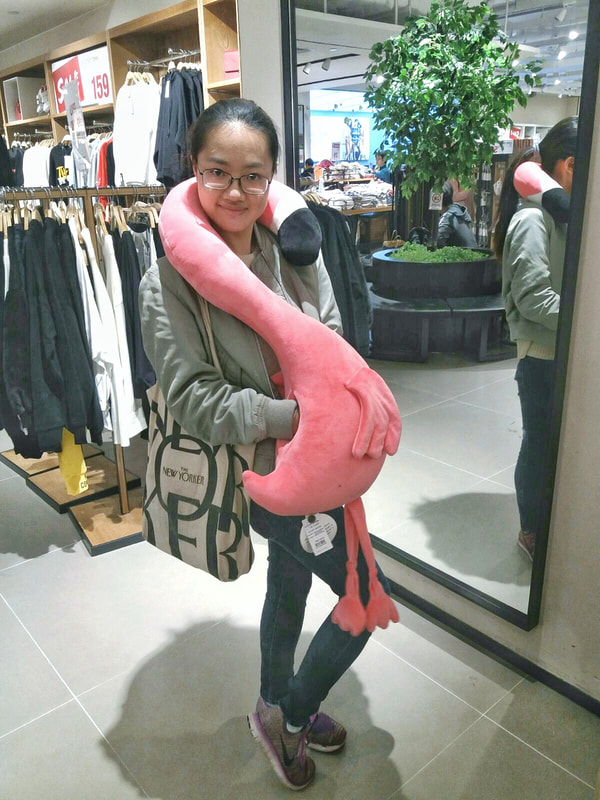 Rocking a flamingo that served as a neck and hand warmer. I felt like I was Bjork. 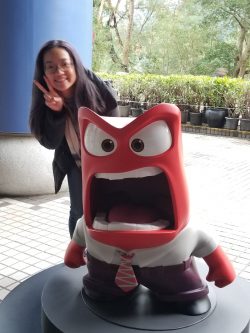 Inside Out is one of my favorite Pixar movies! Anger is such a hilarious character 🙂 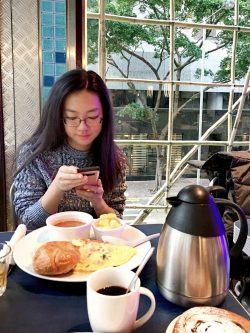 Trying out a British diner for breakfast

Jennifer left Hong Kong after five days to prepare for her semester abroad in Edinburgh while I stayed in the city for another week. Without the need to play host, I was really glad that I was able to spend some quality time with family, whether it’s just having a meal together, joking around while shopping, or sitting down chatting somewhere. (Maybe I should just tell my family to take me to cute cafes next time for chatting 😀 ) 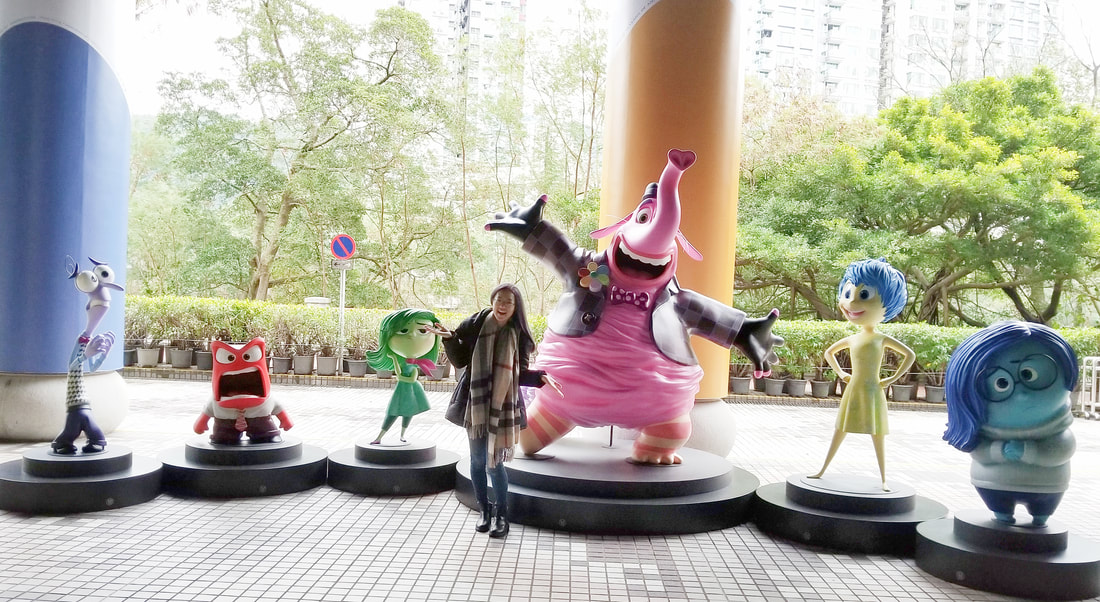 The Hong Kong Heritage Museum had an exhibit on Pixar! (Bonus points if you remember my blog post about the Pixar exhibit at the science museum!) 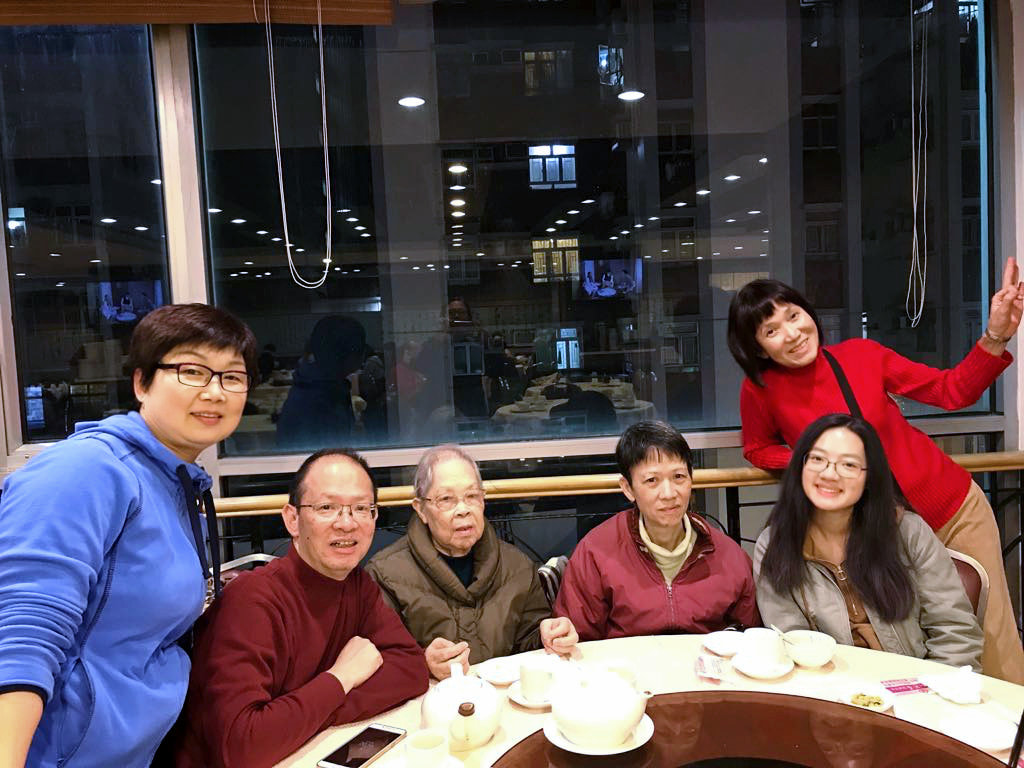 Whose side do I resemble more? My mom’s side? 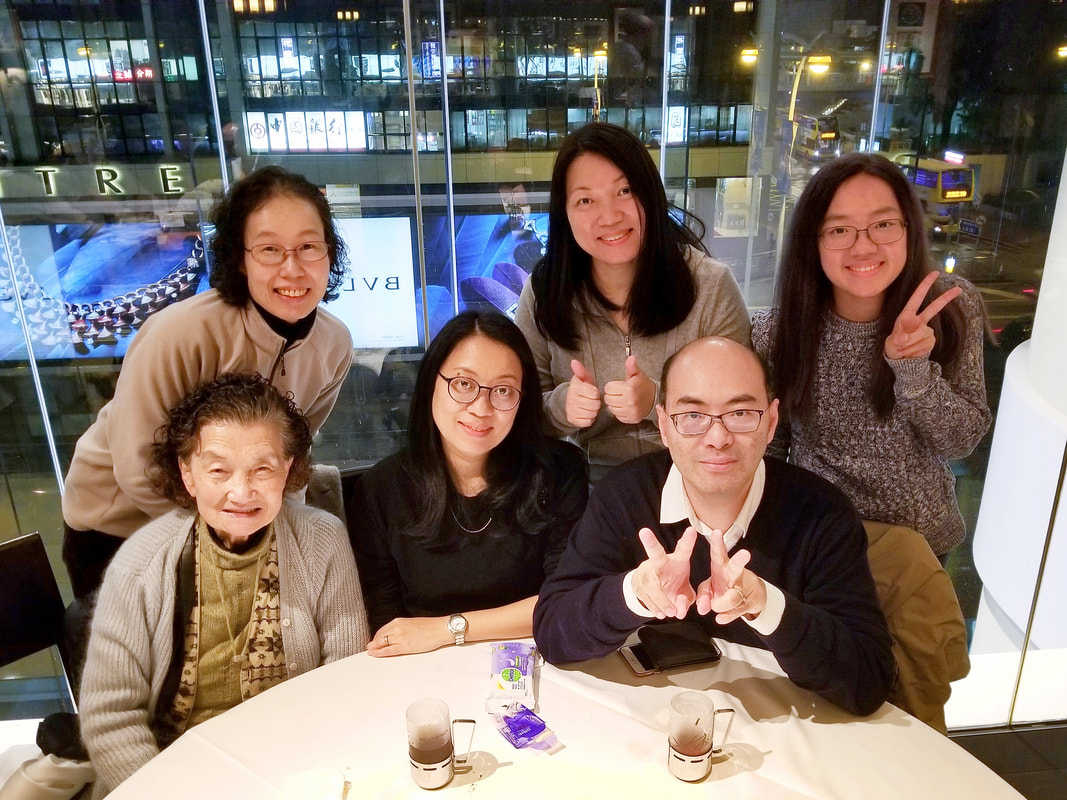 Or my dad’s side? 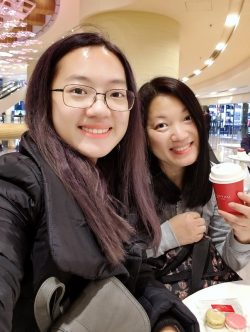 Despite coughing and losing my voice in Hong Kong, I still managed to have a good time! For me, going back to Hong Kong and seeing everyone that I love is always emotional. Sometimes, I forget that my family is the people who always have my back.
For me, the best memories in life are the moments when you’re super happy and content, and you just look around yourself in awe. 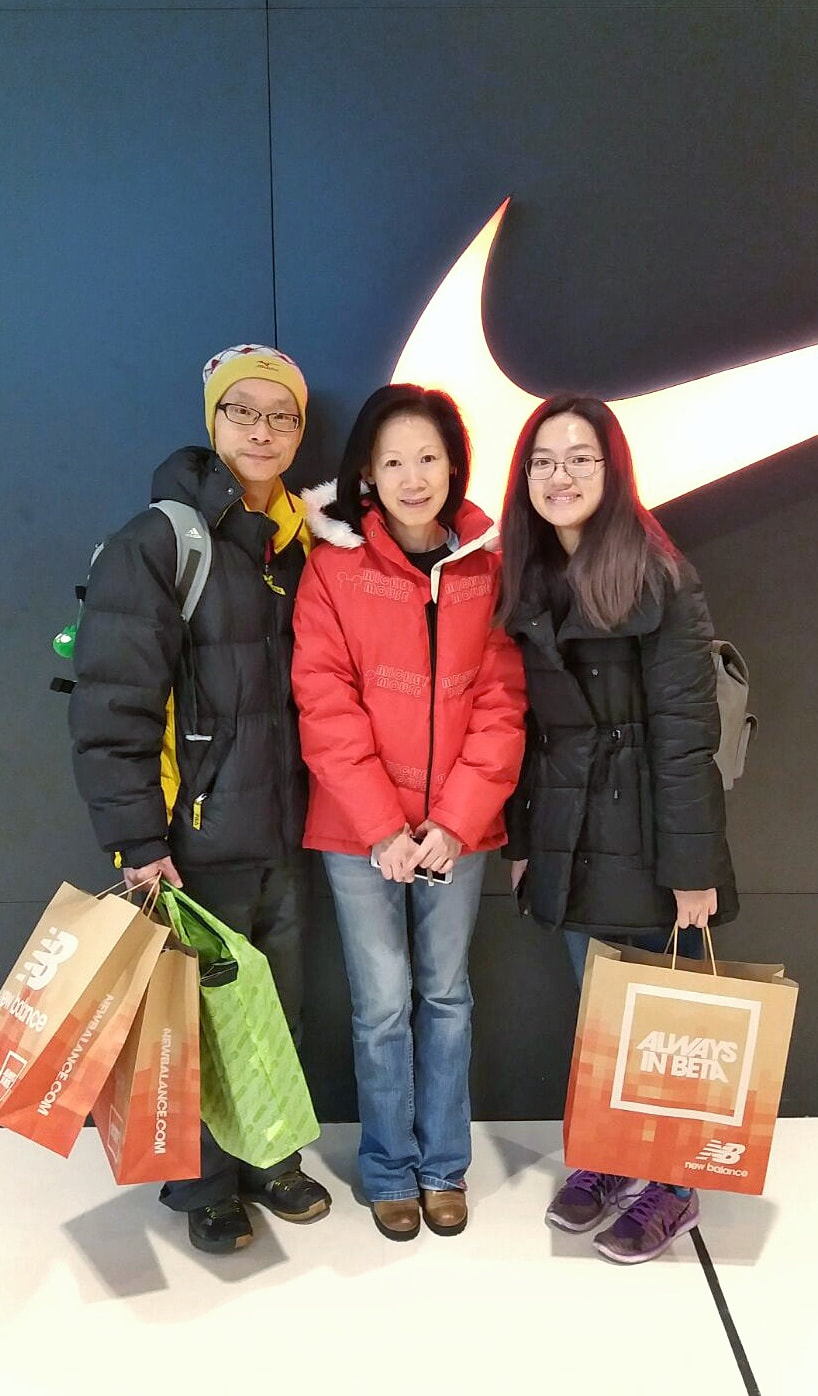 “Wow. I’m so blessed to be surrounded by these people in my life.”
That’s how I feel whenever I’m with family. 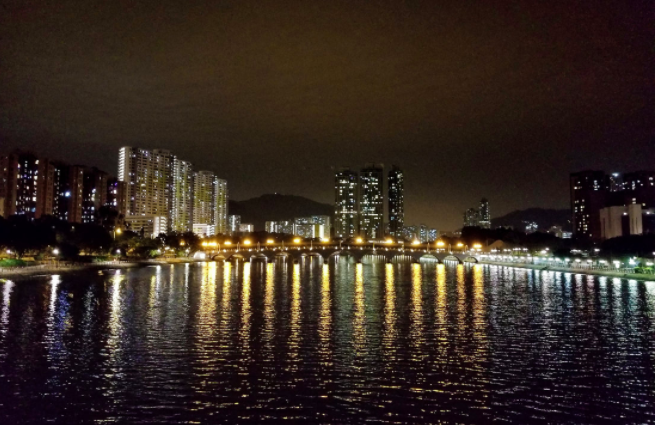