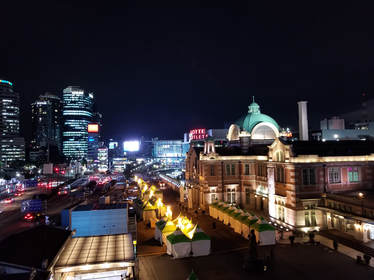 As you can tell from the title of this blog post, this will be a rather interesting topic to tackle. For the past few weeks, I have been trying to figure out how to share this personal experience. I don’t want to make any assumptions or generalizations about people but I also don’t want to invalidate my own opinion and emotions during that process. Therefore, I hope whoever reads this understands that everything that I share here are entirely my own perspective and thinking.  I just ask of my readers to read this post in its entirety before sharing their thoughts. 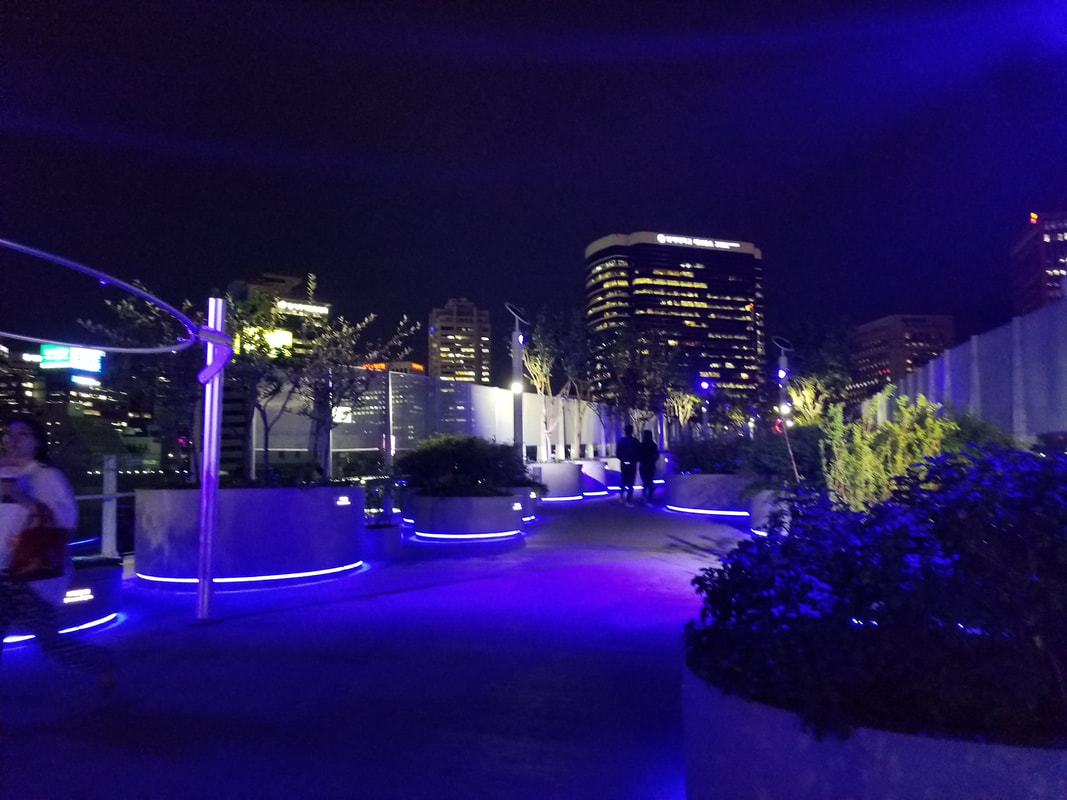 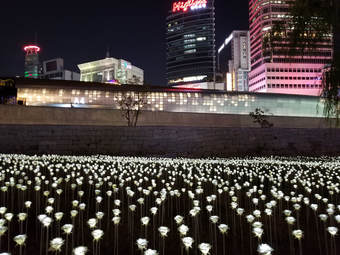 Before studying abroad, I knew I would experience some form of identity crisis (for the lack of a better term) while in South Korea. I identify myself as a Hong Konger-American and a “Generation 1.5” immigrant. From my physical appearance, it is extremely apparent that I am East Asian. However, I have been mistaken as a Korean on multiple times within the Korean diaspora communities in the United States. Due to this, I knew that being abroad in Korea will force me to re-evaluate what it means to be East Asian and a Hong Konger.

In essence, I guess I could be considered as an ethnically ambiguous East Asian. In tourist areas, salespeople speak to me in both Korean and Mandarin, unsure of the language I speak (I speak neither). In other areas in Seoul, people speak to me exclusively in Korean; I have never been greeted in English unless I speak English first. My predictions proved to be true when I became (what I assume) the token “Korean” in my friend group. Out of the five of us, I am the only Asian and people automatically direct comments at me in Korean when we are in restaurants and shops as a group. One time, a sales lady was in disbelief when I told her that I wasn’t Korean (“I’m from the US.” “But what’s your ethnicity? You’re not Korean?” “I was born in Hong Kong” “Really? You’re not Korean?”)

My immediate reaction during my first month in Seoul was nonchalance. After all, it gave me an excuse to practice my broken Korean in public situations. There are also some benefits from being Korean-passing; people don’t stare at me when I walk down the street, I don’t get stopped by people advertising tourist traps, or get hit on by creepy guys who fetishize Western girls. In situations where my beginner Korean becomes useless, I just say “한국어 못해요” (I can’t speak Korean) or “저 는 한국 사람이 아닙니다” (I’m not Korean).

Despite this, it began to bother me once I started noticing how often this happens to me consciously (at least once every other day). At restaurants, waiters come to the table and look at me first when we are ready to order (as a solution, I get my friends to order for the table- this usually gets the point across that I’m not Korean). When one of my friends looked confused while buying something, the cashier looked at me for translation help. Yes, I know these people mean absolutely no harm and have good intentions; however, it’s the buildup of these little interactions that started to give me a feeling that I couldn’t shake off. Based on my interactions with others, their body language towards me implies that I should know Korean. Halfway into the semester now, even my friends are noticing other people’s tendencies to speak in Korean to me first before realizing that my level of Korean is equivalent to the level of my Western friends.

(Fun fact: I was complimented on my English once. Little did they know that English is my best language.)

One instance stood out in particular. While my Korean speaking skills are nearly non-existent, I am able to understand the gist of most Korean conversations (given that they’re not discussing rocket science or something). During rush hour on the subway a few weeks ago, my friends and I were crammed inside a subway car so full to the point that it’s impossible to fall more than 4 inches in any direction. We continued chatting (like everyone else in the subway car) to distract ourselves from the crowdedness and claustrophobia. Although I don’t remember that specific day or even our destination that day, I remember hearing two ahjussis (middle-aged men) speaking to each other quite loudly about 3 feet to the left of me. From what I can pull from the conversation, this was what I caught:

” Do you see that Korean girl over there? She shouldn’t be speaking English. Why isn’t she speaking Korean?” (paraphrased) 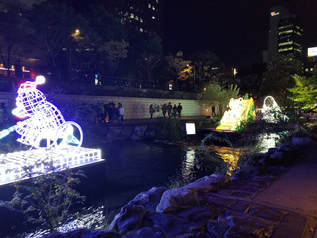 I was upset when I heard the comment at first. I wanted so badly to clarify my identity to them. I’m not Korean nor Korean-American. (I do realize that his comment was probably directed at Korean Americans who are unable to speak Korean) However, I don’t speak enough Korean to interject and correct someone with proper Korean vocabulary, so his comment slid by without any opposition. The ahjussi‘s comment stuck with me though. I was suddenly feeling emotions that I should not be feeling. I felt guilt. I felt guilty that I couldn’t speak Korean. Why can’t I communicate in Korean properly? His comment bothered me so much that I had insomnia for the several days afterward.

Logically speaking, there is absolutely no reason for me to be fluent or proficient in Korean aside from the fact that I am studying abroad in Korea. I’m not Korean so I shouldn’t be expected to speak Korean well. I’m a Hong Konger and an American, and I am able to speak both Cantonese and English. But oddly enough, I felt like since I was being perceived as Korean, I should live up to their false perceptions and speak Korean. I had the burden of Korean-American stereotypes on my shoulders.

I have discussed my opinion with other exchange student friends as well as Korean friends to see if I am overthinking and over-analyzing these instances. In situations like this, I have even played my own devil’s advocate to understand others. As a result, I have come up with several theories:

1) They assume I’m Korean and speak to me in Korean. (They don’t know what they don’t know, right?) side note: I do speak enough Korean to shop and order things without much trouble, so in those situations, I don’t care as much if they assume I’m Korean.
2) They know I’m a foreigner but cannot speak English. The only way they can communicate is in Korean. (Understandable.)
3) They assume I’m one of the non-exchange Chinese students who speak proficient/fluent Korean. (Ehhhh, but I’ll give them that.)
4) I’m East Asian so I can probably understand them better than my Western friends. (umm…not true)

In all honesty, I don’t have any dislike towards anyone who make these assumptions. Their actions in assuming my identity are reasonable justified in their situations. Personally, I think it’s the collective effect of having my identity questioned and mistaken on a regularly basis that made me slightly frustrated. I know that there is no solution that would “fix” this problem, and I don’t expect it to happen in the next two months. I just wanted to share my personal experience and my inner thoughts with others who might be intrigued with this. I welcome any insightful comments and personal thoughts regarding this topic below.

Thank you for reading this post in its entirety. 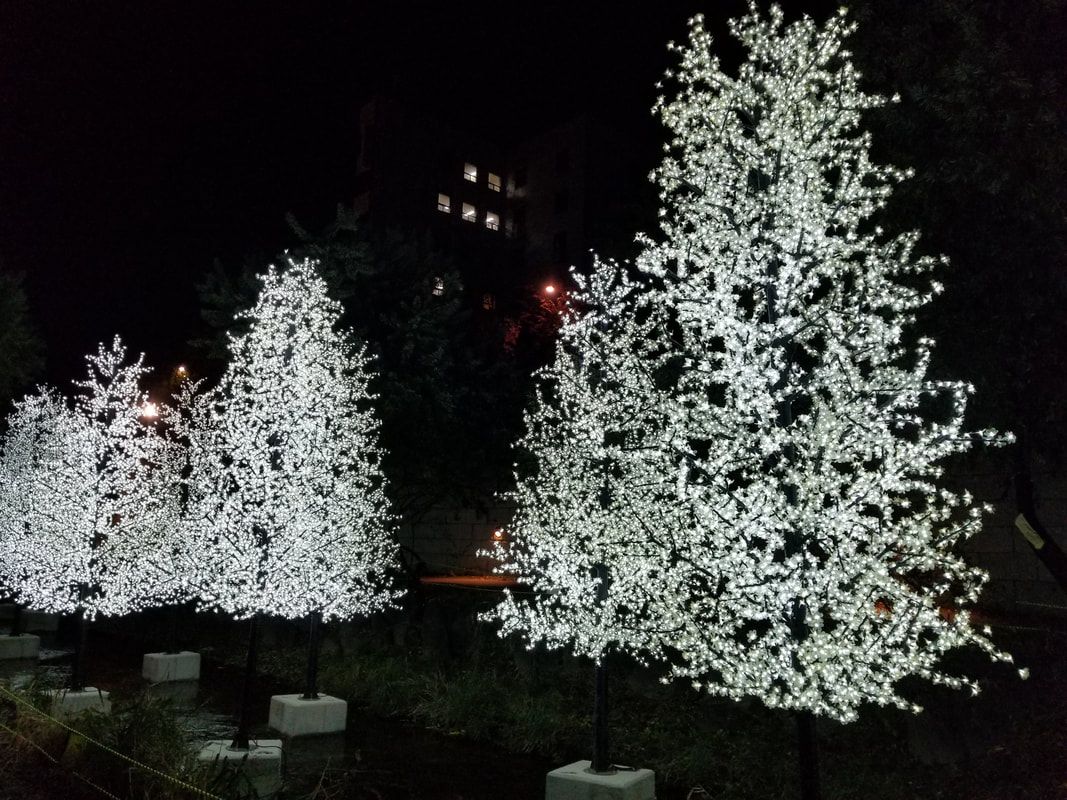 The holiday season is slowly creeping upon us!